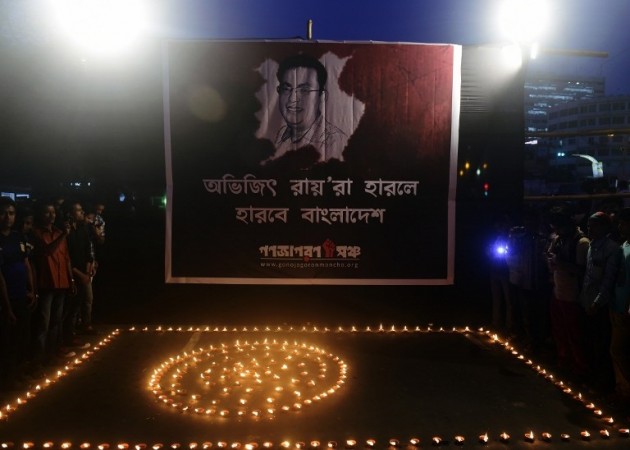 Bangladeshi secular activists take part in a protest against the killing of US blogger of Bangladeshi origin and founder of the Mukto-Mona (Free-mind) blog site, Avijit Roy, who was hacked to death by unidentified assailants, alongside a poster bearing his image in Dhaka on February 27, 2015. Hundreds of protesters gathered in Dhaka to denounce the murder of a prominent American blogger of Bangladeshi origin hacked to death with machetes after he allegedly received threats from Islamists. AFP PHOTO / Munir uz ZAMAN