Access to Information an ongoing struggle across the Asia Pacific 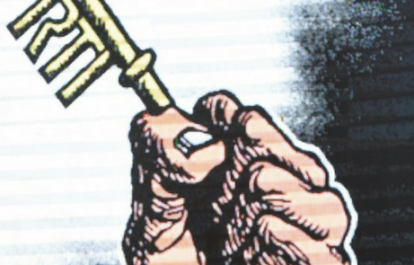 The International Federation of Journalists (IFJ), the South East Asia Journalist Unions (SEAJU), the South Asia Media Solidarity Network (SAMSN) and its affiliates today observed the second International Day for Universal Access to Information, after resolution (38 C/70) was adopted by UNESCO on November 17, 2015. The IFJ is highlighting the challenges journalists and media workers in the region face in accessing information.

Access to information has legal protection in many countries in the region, but we are witnessing an unrelenting pushback on this right, as journalists and activists increasingly use this powerful tool to uncover corruption, press for good governance and expose scams at the highest levels.

Across the Asia Pacific Access to Information is facing its challenges:

SAMSN said: “Access to information is a critical journalist right and is fundamental to the freedom of the press. Given the eight nations that comprise South Asia have now all enacted access to information legislation, it is fundamentally important that this legislation is properly implemented to provide proper access to journalists to secure information in the public interest. Citizens and the media must be empowered with the information needed for their meaningful contribution to society and democracy.”

The IFJ said: “Across the region draconian laws on sedition, official secrets, national interest and public security pose challenges to accessing and sharing information. Whistle blowers need to be protected from physical attacks, abuse on social media, prosecution for defamation and other methods of intimidation and harassment.  We stand with our colleagues across the world in demanding better support and protection for those who request information and whistle blowers, and call on governments to take a stand.”

Photo: Banner at an RTI Conference in Sri Lanka in 2016. Credit: AFP/ISHARA S.KODIKARA