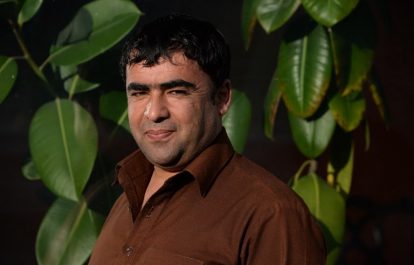 The International Federation of Journalists (IFJ) has condemned the killing of Mohammad Akhtar, a 31-year-old driver for Agence France Presse (AFP), in a suicide attack in Kabul, Afghanistan, which left a total of 25 people dead. The IFJ demands that the perpetrators of this terrible attack be held accountable.

Akhtar was on his way to work when the attack, which has been claimed by the Islamic State group, was perpetrated in the surroundings of the Hamid Karzai International Airport. The attack targeted supporters of Afghan Vice President, Abdul Rashid Dostum, who were welcoming him on his return from exile.

Akhtar was buried in Kabul’s Gul Dara district on 23 July. He leaves a wife and four children, the youngest only a few months old. Akhtar is also related to Shah Marai, AFP’s chief photographer who was killed in April 2018.

“Once again our bureau in Kabul has suffered a devastating blow,” said Michele Leridon, AFP Global News Director. AFP announced that Akhtar had worked for them since 2007.

The IFJ has said: “The IFJ condemns the killing of media staff Mohammad Akhtar in Afghanistan and demands justice to him by ensuring punishment to those involved in this attack. The killing once again highlighted the precarious conditions of journalists in Afghanistan; a country under the grip of violence targeting unsuspecting innocent people, including journalists.”