Afghanistan: ‘I could not leave my colleagues behind’ 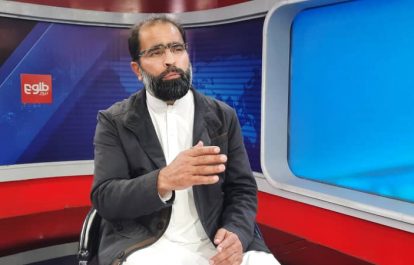 Hundreds of Afghan journalists fled the Taliban takeover last year, but many more chose to stay in spite of the regime’s hostility. Faced with the loss of press freedom advocates, Hujatullah Mujadidi, of IFJ affiliate the Afghan Independent Journalists Association (AIJA), opted to stay in Kabul, writes Masood Farivar for Voice of America.

After the fall of Kabul, press freedom advocates in Afghanistan went quiet. They stopped answering their phones or messages from journalists.

I decided to fill the void. To answer journalists’ questions and give them hope, and to reassure them that we’ll stand shoulder to shoulder. Whatever happens, we’re in it together.

Unfortunately, I received a lot of tragic messages. I was very troubled and disturbed.

On day two or three, I was able to visit with some journalists.

Several came from the provinces and were staying in safe houses. They were in a bad way. Some didn’t even have enough to eat. I tried to comfort them and give them hope.

In time, I was able to meet with (Taliban spokesperson Zabihullah) Mujahid and convey the media’s concerns. He was sympathetic and agreed to create a three-person committee to address those concerns.

When reporters realized I was the only media advocate left behind, they started calling. At night, I could hardly get more than two hours of sleep.

I heard from provincial media managers who came to Kabul. They would say, “I know you can’t solve our problems, but if we face a security threat, we want to make sure we have someone to contact.”

They were breaking down. Totally despondent.

Around this time, I received an email from one of the European embassies, telling my family and me to be ready for evacuation.

I had just three hours to decide.

It was a tough decision.

In the end, I decided that I could not leave my colleagues behind.

In the early days, journalists faced many problems. Access to information was restricted. The Taliban had only a couple of spokesmen responding to all media queries in Afghanistan.

Gradually, government departments appointed spokesmen. Although we continue to receive complaints that they don’t always respond to journalists’ questions, things have improved.

Journalism is a difficult and dangerous profession. You don’t embrace it easily. But my commitment to myself was that I’d never back off. I’ll continue regardless of the difficulties.

I say to myself, ‘If I back off, why did I pick this profession?’

Although I was opposed to journalists leaving Afghanistan, I sympathize with those who left.

Journalists have lost their jobs. Some are cutting wood in the mountains and selling corn on the streets. They’re not doing well psychologically. They face financial difficulties. Their children need food and education. They want a normal life.

Unfortunately, none of those things is available to them.

A number of journalists continue to look for a way out (of the country), saying they don’t feel safe. A larger number cite lack of job opportunities. They want to get to a country where they and their children can have a secure future.

This is a major blow to freedom of expression. We could lose all our achievements.

The only way we can stop the journalist exodus is through job creation. And only journalists’ protection and media advocacy organizations can address this.

Unfortunately, international donors did not invest in a way that would enable local media to survive. We’ve lost a lot of our media, and this led to unemployment, forcing journalists overseas.

Interviews with Mujadidi have been translated and edited for length and clarity.

This piece by Masood Farivar, former chief of Voice of America’s Afghan Service, has been republished with permission from Voice of America. Read the original article here.