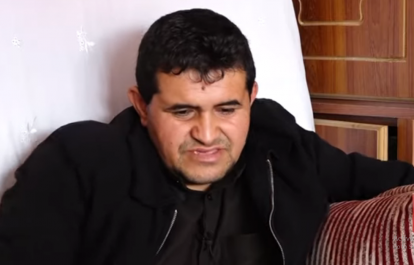 Sayed Rashed Kashefi, a reporter with the Kabul Times and Rasa TV, was allegedly beaten and detained for over six hours while covering a fight at an aid distribution site in Kabul’s 5th district. The International Federation of Journalists (IFJ) and its Afghanistan affiliate, the Afghan Independent Journalists’ Association (AIJA), condemn the journalist’s detention and urge the Taliban authorities to swiftly investigate the incident.

On December 11, Abdul Matin Rahimzai, director of the Taliban administered Kabul Directorate of Refugee Affairs, and his bodyguards, interrupted Kashefi as he filmed a scuffle between one bodyguard and several female aid recipients.

Kashefi’s hands were tied and he was taken to the office of the Directorate of Refugee Affairs, where he was interrogated about the motive of the recording.

Rahimzai allegedly slapped the journalist on his face during the inquiry and confiscated both his smartphone and voice recorder used to document the incident. A bodyguard then handcuffed Kashefi and detained him for approximately six hours before his release.

According to Kashefi, Rahimzai’s bodyguard struck him on his back several times with a pipe. The journalist suffered wounds from the beating, according to photos posted by the Afghanistan Journalists Centre on Twitter.

Once the AIJA learned of the incident, it lobbied for Kashefi’s immediate release and the return of the confiscated recording devices, however, these have not been returned.

Afghanistan’s media landscape is increasingly fraught, as attacks against journalists and media workers, financial stress and harsh media restrictions increase following the Taliban’s takeover in mid-August. As many as 257 media outlets have shuttered since the Taliban gained control and, according to research conducted by the Afghanistan National Journalists Union (ANJU), at least 67% of journalists and media workers have been rendered jobless.