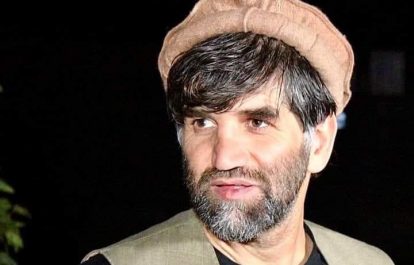 On December 26, the Taliban detained Haji Arif Noori, owner of the independent Noorin Television station, and raided his Kabul home before releasing him two days later. The International Federation of Journalists (IFJ) condemns Noori’s arrest and calls on the Taliban to cease its attacks on press freedom and allow freedom of expression.

A group of Taliban-affiliated militia raided and searched Noori’s home in Kabul’s Karte Parwan area before taking him to an unknown location. According to family members, the armed group identified themselves as members of the militia affiliated with the Taliban and operated without a warrant.

The Afghan Independent Journalists Association (AIJA) confirmed that Noori was freed on December 28, after pressure mounted for his release. Despite providing no alternate reasons for Noori’s arrest, chief Taliban spokesman Zabihullah Mujahid insisted that the incident was not related to his role as a journalist.

Noorin Television is a leading Afghan television network which covers domestic security concerns and openly supports the Jamiat-e-Islami party, an anti-Taliban group. Following the Taliban’s takeover in mid-August, more than  257 media outlets have shut down and, according to research by the Afghanistan National Journalists Union (ANJU), at least 67% of journalists and media workers have been rendered jobless.

Noori’s detention is the latest in a series of attacks against journalists and media workers in Afghanistan led by the Taliban. On December 11, Sayed Rashed Kashefi, a reporter with the Kabul Times and Rasa TV, was beaten and detained for over six hours for covering a fight at an aid distribution site in Kabul’s 5th district.

The IFJ said: “The IFJ welcomes the release of Haji Arif Noori, whose detainment is yet another attempt by the Taliban to curb freedom of expression. The IFJ condemns the Taliban’s ongoing hostility towards independent media and urges the Taliban to allow media and journalists to work freely.”