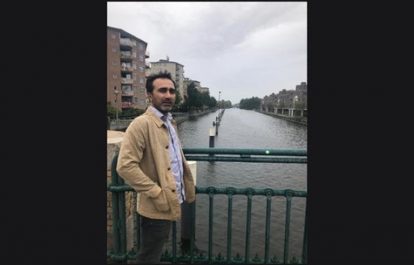 Previously missing Sajid Hussain, 39, editor-in-chief of Balochistan Times was found dead in Sweden’s Uppsala on April 23. On May 1, Swedish police confirmed the dead body found in Fyris River outside Uppsala, was Hussain.

The deceased journalist was last seen at 11am on March 2 in Uppsala. Swedish police registered his disappearance on March 5. After conducting an autopsy, Swedish police said that while a crime could not be completely ruled out, Hussain’s death could equally have been an accident or suicide.

Hussain fled Pakistan in 2012 following death threats, a police raid on his home and subsequent police intimidation on him and his family. In September 2017, Hussain sought asylum in Sweden where he was recognised as a refugee.