Another journalist burnt to death in India 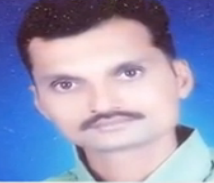 The IFJ and the IJU are seriously concerned by the frequency of the killings and attacks on journalists, and demand immediate action to crimes against journalists end.

Sandeep Kothari, a 40-year-old journalist working for Jabalpur based newspapers, in Balaghat district of Madhya Pradesh was abducted after an accident between his motorcycle and a car on June 19. On June 21, Kathari’s half burnt-body was found near Nagpur in Maharashtra. According to reports, prior to his death, Kothari had reported extensively on illegal mining in the area and had filed a case against an illegal mining gang. Police said that they suspected that the journalist was killed as he refused to withdraw the case against illegal mining in a local court.

Following the discovery of Kothari’s body, police arrested three persons in connection with the murder, identified as Rakesh Nasvani, Vishal Dandi and Brijesh Duharwal. The trio were engaged in illegal mining in the area.

The incident took place less than 10 days after Jagendra Singh, 42, died of injuries sustained from being set on fire allegedly by police officers for his writings against a minister in Uttar Pradesh, India.

In a statement, IJU President S N Sinha, Secretary-General Amar Devulapalli and Press Council of India (PCI) member K Amarnath said:  “It is really shocking that two journalists were killed in a fortnight. It raises serious concerns among the working journalists in the country over their safety. It is most unfortunate that the state governments concerned failed to assuage the ruffled feelings of the journalist community.”

The IJU added: “We are extremely concerned over the intolerance towards the media in the recent past which amounts to attack on the freedom of expression enshrined in the constitution.”

The IFJ and the IJU call upon Indian journalists to unite and raise their voice in demanding a separate law should be enacted to for safety of journalists.

The IFJ said: “The IFJ strongly condemns the brutal murder of Sandeep Kothari. It is a gravely disturbing incident less than 10 days after another journalist suffered a similar fate. It is critical for the safety and independence of media in India that these incidents be investigated swiftly and transparently and with immediate steps taken to remedy the situation.”