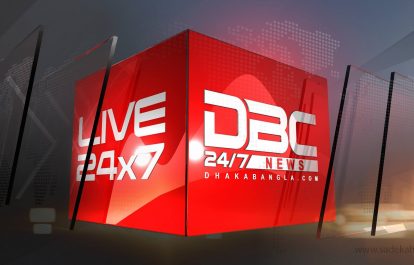 Two DBC News journalists, Saiful Islam Jewel and Azad Ahmed, were assaulted on August 2 while investigating alleged irregularities in the procurement of medical equipment. The International Federation of Journalists (IFJ) condemns the attack and calls on the Bangladeshi authorities to bring all perpetrators to justice.

On August 2, Jewel and Ahmed were investigating allegations of corruption and irregularities made against the Victor Trading Corporation in their procurement of medical equipment. As they reported outside the Corporation’s office, the owner of Agargaon Taltola trading house, Kawsar Bhuiyan, and other employees proceeded to beat the journalist and cameraperson.

Jewel said that the assailants first attacked Ahmed, seizing and vandalising his camera and deleting all audio and video. After asking for their camera and equipment back, Ahmed and Jewel were again beaten by approximately 12 assailants, leaving both seriously injured.

Sher-e-Banglanagar police inspector, Shahjahan Mandal, confirmed that Jewel has since filed a police report in relation to the assault, and all eight persons identified have been placed in custody. Information surrounding other assailants or related persons has yet to be revealed.

Media associations and press freedom organisations in Bangladesh have condemned the assault and called for further action of protect journalists and media workers.

The IFJ said: “Any attack on a journalist performing their duties is a violation of the fundamental rights to freedom of the press and freedom of expression. The safety and security of journalists in the field must be made a priority. The IFJ strongly condemns the attack on Saiful Islam Jewel and Azad Ahmed and urges the Bangladeshi authorities to bring the perpetrators to justice.”