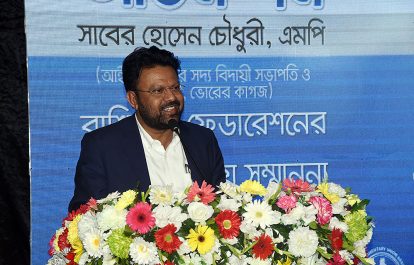 The International Federation of Journalists (IFJ) and the Bangladesh Manobadhikar Sangbadik Forum (BMSF) express serious concern over the death threats issued against editor Shyamal Dutta in Dhaka, Bangladesh. The IFJ urges the Bangladesh government to ensure his safety.

Dutta, the editor of the Bengali language daily Bhorer Kagoj, is facing threats of violence from religious fundamentalists who have publicly called for his hanging over a news report on a book published by the state-owned Madrassah Education Board.

On December 23, a demonstration in front of the Press Club in Dhaka demanded punishment for Dutta and the story reporter. Defamation cases have also been filed against the editor and an arrest warrant was issued. Dutta was also subject to threats and derogatory comments on social media.

The Editors’ Council of Bangladesh expressed serious concern over the threat against Dutta and the issuance of the arrest warrant.

IFJ General secretary Anthony Bellanger said: “The IFJ is seriously concerned about the threats issued against editor Shyamal Dutta and the inaction of the Bangladesh authorities. Public death threats over a news report are violations of press freedom and democratic principles. The IFJ urges the Bangladesh government to do its utmost to protect Dutta, punish those issuing threats against him and ensure that such acts are not repeated in future.”