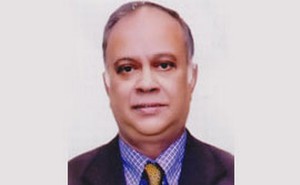 The International Federation of Journalists (IFJ) and the Bangladesh Manobadhikar Sangbadik Forum (BMSF) are saddened by the death of a senior journalist and columnist in a road accident in Dhaka on Saturday, November 29.

Zaglul Ahmed Chowdhury, former managing director and chief editor of state-owned news agency the Bangladesh Sangbad Sangstha (BSS), was declared dead at a hospital where he was rushed to after being hit by a bus. He was getting off it at Karwan Bazaar, in Dhaka’s business and commercial district when he was struck. The 66-year-old journalist was on his way for a talk show in ATN Bangla from Dhaka Press Club.

Chowdhury is survived by his wife, a son and a daughter.

Chowdhury had a career in journalism spanning nearly four decades, and was most recently working as a consulting editor of The Financial Express. He had also worked as the Bangladesh Correspondent for the New York Times. The veteran journalist was a permanent member of the National Press Club and Dhaka Reporters Unity. Chowdhury served as the assistant secretary general of the Bangladesh Federal Union of Journalists in 1988-89.

The IFJ and the BMSF express condolences to the bereaved family.