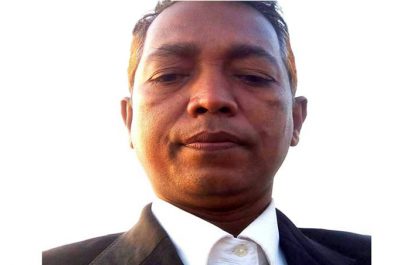 Elias Mia, a correspondent of Daily Bijoy, was hacked to death on October 12 by miscreants in the Narayanganj district for allegedly exposing a criminal nexus in gas line distribution. The International Federation of Journalists (IFJ) condemns the brutal murder and urges the Bangladesh government to bring the perpetrators to justice.

Mia, a 52 year old journalist, was stabbed with a sharp weapon in the Geodhara area of Bandar whilst returning home. Despite the best efforts of passers-by, who took the journalist to Narayanganj General Hospital immediately after the incident, Mia died of his injuries around 9:00pm on October 12.

Bandar Police Station stated that three suspects have been arrested —Tusher, Minnat Ali and Mishir Ali — for their involvement in the killing. Police have presented them before a local court following the incident. The Daily Bijoy editor Sabbir Ahmed argues that there is a  strong connection between the murder of Mia and his past reporting. Investigators said one suspect’s family had previously accused Mia of providing information that lead to Tusher’s earlier arrest and detainment for drug possession. Tusher was also allegedly involved in managing illegal gas connections.

The journalist had formerly voiced feelings of insecurity relating to his past news reports. Local media details that Mia had filed a general diary with Bandar Police Station seeking security arrangements.

Mia is the second journalist to be killed in Bangladesh during 2020. Julhas Uddin, a correspondent of Bijoy TV, was murdered on September 3, 2020 after being stabbed.

The IFJ General Secretary Anthony Bellanger said: “The IFJ is deeply saddened by the murder of Elias Mia and offers its condolences to Mia’s family and journalism network in Bangladesh. The incident indicates the bitter reality regarding the safety of the journalists in Bangladesh. The IFJ calls for the government of Bangladesh to bring the perpetrators to justice immediately. The Bangladesh government mustdo its utmost to eradicate impunity in crimes against journalists.”