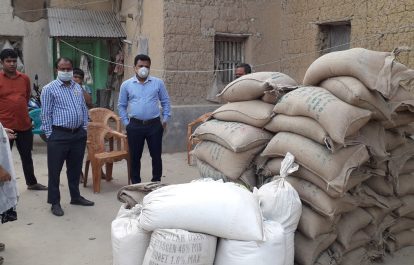 A politician has accused media workers who shared a story on the alleged misappropriation of Covid-19 relief rice in Bangladesh of breaching the Digital Security Act. The International Federation of Journalists (IFJ) expresses grave concern over the misuse of the Digital Security Act and urge authorities to review their decision.

The Bangladesh government scheme selling relief-rice at Tk 10 (USD 0.12) per kilogram to five million poor households across the country has been reportedly tainted by irregularities, embezzlement and arrests.

The media workers face up to 14 years of imprisonment for expressing views on a digital platform that authorities may deem defamatory or subversive under the Digital Security Act.

Bangladesh Manobadhikar Sangbadik Forum said: “We are concerned about the case filed against editors under Digital Security Act. We protest the legal action and demand an immediate withdrawal of the false case”.
IFJ said: “The case against the four media workers under the Digital Security Act is a blatant attempt to censor the media from reporting on issues that are of public interest during this health crisis. The IFJ calls on authorities to refrain from charging the media workers”.