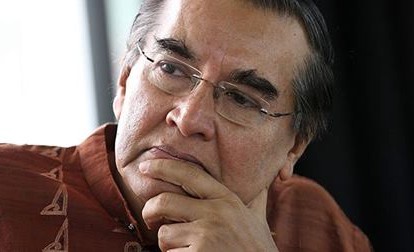 The International Federation of Journalists (IFJ) joins the Bangladesh Manobadhikar Sangbadik Forum (BMSF) in expressing serious concerns over a barrage of legal cases filed against the editor and publisher of an English daily newspaper in Bangladesh. The IFJ said the attempts to pursue coordinated legal proceedings against the editor was a clear attempt to intimidate the media and muzzle press freedom in Bangladesh.

At least three dozen cases, including six sedition pleas and a dozen defamation cases, were filed in the past weeks against The Daily Star editor and publisher Mahfuz Anam in 17 districts of Bangladesh by various individuals and political groups.

The legal actions were launched after Anam admitted during a televised interview on February 3 to a lapse in editorial judgement in publishing reports based on information supplied by the country’s task force intelligence cell during the caretaker government regime almost a decade ago without being able to independently verify them. The military-backed interim government declared a state of emergency in 2007, detaining the leaders of the two biggest political parties and initiating cases against them.

“The IFJ is seriously concerned by the legal harassment of Mahfuz Anam as result of reporting in the public interest at a time of political crisis. The high number of cases and the filing of these across the country indicates an aggressive politically-motivated effort to harass a senior editor and a key newspaper in the Bangladesh.”

Acting on petitions seeking to bring sedition charges against Anam, courts in both Dhaka and Kurhigram ordered local police to seek permission from the government to run an inquiry into the allegations. However, the inquiry does not impact on all of the cases across the country, with a number of them still summoning Anam. Lawmakers demanded punishment to Anam and the newspaper to be suspended for lacking professional integrity on Sunday, February 7.

The IFJ said: “The use of sedition and defamation laws is this case is extremely concerning. Sedition laws are regarded as a relic of the past but are too often being revived as a means to silence political opposition and criticism in the region. This is a worrying development in an already extremely challenged media environment of Bangladesh.”

The Daily Star has been the subject of harassment in the past by the Bangladeshi government. It has also suffered massive losses in advertising revenue after Bangladeshi authorities forced a leading telecommunication company Grameenphone to stop advertising.

“It is critical that legal system is not used by some groups to harass the journalist and media and we urges the judiciary to intervene in the matter to ensure a full and fair trial, with all cases being heard in one court,” the IFJ said.