Bhutan: Foresters forced to retire after speaking to journalists 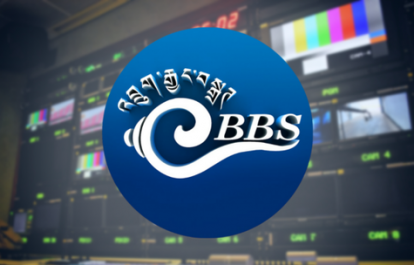 On April 4, Bhutan’s Ministry of Agriculture and Forests issued a compulsory retirement order to two of its staff after they were seen speaking with members of the media. The International Federation of Journalists (IFJ) and its Bhutanese affiliate, the Journalist Association of Bhutan (JAB), are deeply concerned by the actions of the Ministry, and urge Bhutanese officials to repeal the order against the two foresters.

According to Kuensel, Bhutan’s national newspaper, the two foresters, both females, were speaking on live television to discuss the issue of excess staff deployment at the Ministry of Agriculture and Forests.

The story aired March 23 on the Bhutan Broadcasting Service (BBS), titled ‘Seven foresters unhappy with excess staff deployment order appealed to secretary and The Royal Civil Service Commission (RCSC)’, also featured the Chief Forestry Officer of the Department of Forests and Park Services who spoke about the staff deployment.

The story highlighted that there was more staff than needed at the Department of Forests and Park Services.

On April 4, the Human Resource Commitee for the Ministry of Agriculture and Forests issued a compulsory retirement order to both the female staffers.

The Committee argued that the foresters violated Bhutan’s civil code of conduct by “approaching the media”, and accused them of breaching clause 3.3.16, 3.3.16.1 and 3.3.16.2 of Bhutan Civil Service Rules and Regulations (BCSR) 2018, as well as Section 39 of Bhutan’s 2010 Civil Service Act.

Under clause 3.3.16, civil servants cannot make “any statement of fact or opinion in the media (broadcast, print and online) or in any document, which may have adverse effects against the policies or actions of the royal government.”

One of the foresters called the Ministry’s order “unfair”.

“When appearing on TV, we thought that corruption could be curbed and transparency could be promoted. We aren’t happy with the compulsory retirement order just for appearing on media,” she said in a statement to Kuensel.

JAB condemned the compulsory retirement order issued to the two female staffers, calling it “the most undemocratic act to have taken place [in Bhutan] in recent times.”

JAB said: “Civil servants are being censored against their will and an environment of fear is being actively created. The government’s continued inability to comprehend the meaning of democracy and media is eroding transparency and access to information, both vital to a vibrant democracy.

At JAB, we condemn the compulsory retirement of the two foresters. As journalists, no matter what the circumstances are, we will do what we do best: Inform the people. It must not be forgotten that our people have a fundamental right to be informed.”

The IFJ said: “The order issued to the two female staffers in not only a targeted attempt by Bhutan’s officials to stifle freedom of expression, but it is also an attack on the country’s democratic ideals. The IFJ reminds the Ministry of Agriculture and Forests of the importance of the media for a functioning democracy and calls on Bhutanese authorities to immediately withdraw their compulsory retirement order.”