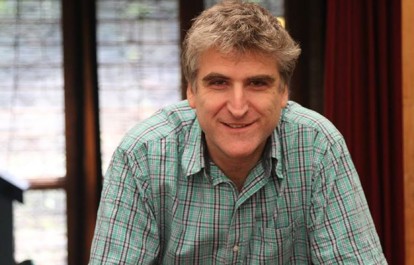 The International Federation of Journalists (IFJ) is shocked by the Bangladesh court’s conviction this week of Dhaka-based British journalist David Bergman on contempt for questioning the official death toll of 1971 liberation war.

A special war crimes court, the International Crimes Tribunal, on Tuesday, December 2 ruled that a blog and two other articles written by Bergman, 49, ‘hurt the feelings of the nation’ and fined him USD 65 or a week’s imprisonment.

Bergman, the editor of special reports at local English-language daily New Age, questioned the number of deaths during Bangladesh’s liberation from Pakistan in his personal blog posts written between 2011 and 2013.

A Supreme Court lawyer filed the contempt petition on February 18, alleging that Bergman, in his three blog posts, had written against the court. In April 17, the court set up to investigate war crimes committed during the 1971 war of independence, decided to initiate the trial.

Bergman had argued that his blog posts were “accurate, fair, and logical” and his comments about the court “fell well within the permitted limits of fair criticism”.

The IFJ believes that the conviction, delivered after a long and unnecessary dragging of the case, doesn’t meet the international standard. In an earlier statement the IFJ and the Bangladesh Manobadhikar Sangbadik Forum (BMSF) said they believe that this is a case directly relating to freedom of expression and that journalists should have liberty to question and fairly criticise the court’s rulings to ensure justice is delivered and its mandate followed.

Critics say the Tribunal, a domestic war crimes tribunal in Bangladesh set up in 2009 to investigate and prosecute suspects for the genocide committed in 1971 by the Pakistan Army and their local collaborators in 1971, is being used to target political opponents of the ruling Awami League and that proceedings relating to the war crimes trials have been blemished by poor standards of due process. Many believe that the death toll of war is magnified for political gain, and the journalist was only reflecting that voice.

Jane Worthington, the acting director of the IFJ Asia-Pacific said: “It is clear that David Bergman’s case does not stand in isolation but appears to be a pattern of intimidation against media coverage assessing the tribunal’s efficacy.”

The IFJ said: “The authority and verdicts of the courts should be respected but it is firmly within the court’s responsibility to ensure that they respect the rights of Bangladeshi citizens including their right to freedom of expression and the right to know.”