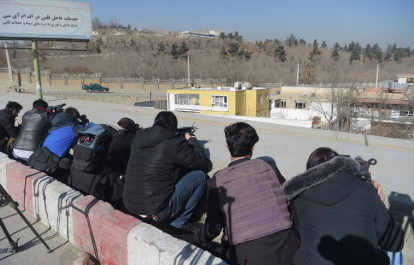 As we fight for journalist rights for another year, there’s a pervading sentiment emanating through the collective discourse of media workers in South Asia.

It is audible in the street demonstrations and protests of media workers.

It is there, between the lines, in journalist union statements and in formal calls to government to do more for safety and protection of media workers.

It is written boldly and plainly in the protest placards and banners carried by activists in cities and regional centres; raw emotions and brave statements etched out each and every time yet another attack or killing takes target on a journalist.

It is evident in the robust defence that plays out on social media against the obscene trolling of women journalists and secular bloggers in the online space.

It is heard every time a journalist is jailed or detained on spurious and dubious charges, and in the passionate defence and campaigns delivered by colleagues and family for their release.

It is the disturbing undertone in the ongoing discourse on the scourge of fake news that is taking over the online space as well as mainstream media.

And it is there in the bleak silence of the many internet shutdowns that are plaguing freedom of expression and human rights in South Asia.

In this vast and diverse region that is increasingly divided by political extremism and suffering under authoritarian regimes with little regard for freedom of expression or the public’s right to know, one of the clear things that unites South Asia’s media is the shared experience of challenging clampdowns and control.

The juggernaut of ever-evolving economic, social, cultural, political and, now, technological impacts, is putting the profession of journalism under pressure like never before.

Legacy media is slowly but surely being dismantled or disembowelled, increasingly to push the agendas of media owners or powerful political and business interests. Wages and job permanency have been the casualty of an information revolution, that has left fewer journalists working harder than ever before.

The pervading question is: what kind of future will it be for South Asia’s journalists? After the storm, what will this new media landscape reflect? With the current trajectory of clampdowns and increasing controls, one could be forgiven for pessimistically thinking, if there will indeed be one and if press freedom can indeed survive.

As we release this year’s South Asia Press Freedom Report, Clampdowns and Courage, Afghanistan’s media has endured one of its darkest days and is in national mourning after another heinous suicide bombing and deadly targeted attack. At least 10 journalists lost their lives killed in a single deadly day on April 30, 2018 – nine in a suicide bomb attack in Kabul, where the killer disguised himself as a reporter at the scene of an initial bomb blast. Among the victims was AFP’s chief photographer Shah Marai, who was responsible for many of the compelling images in this report from across Afghanistan. In a separate incident, Ahmad Shah, a young journalist with the BBC’s Pashto service, was shot dead by unknown gunmen in Khost province. Our deepest sympathies go to all our colleagues in Afghanistan who have lost 22 colleagues in this one single year of review. Sadly, this epitomises the brutality of that country’s working environment, where the Taliban and the Daesh frequently target media and journalists while the state remains clearly unable to provide any security to them.

In India, we saw a nation in mourning after the brutal shooting of respected firebrand journalist Gauri Lankesh in the heart of tech-city Bengaluru. In the aftermath, the protests in defence of media took over the country and ignited a solidarity that went beyond India’s borders across the region and epitomises the sentiment of this year’s report.

In the face of adversity, its media fearlessly perseveres, despite the suffering and despite increased controls and criminalisation of their craft.

We give special focus to the many rural journalists in small towns and villages who risk their lives to bring their stories to their communities and beyond. We shed light on the political crisis that is enveloping the Maldives and the ongoing conflict in Kashmir, with strong messages of resilience coming from both. We also document the impact of the #metoo movement as we hear from women journalists across the region about the insidious impact of sexual harassment and how they are bravely working to change the story. And we reveal journalists jailed, detained or disappeared for simply trying to do their job.

For these reasons and more, Clampdowns and Courage encapsulates a record of this past year and the work of many.

And, most importantly, we hope it will continue to support the South Asia Media Solidarity Network to continue its campaign for justice – because that is what we all deserve.

Photo: Journalists in Afghanistan covering the Intercontinental Hotel attack in January 2018. The photo is by AFP photographer Shah Marai, who was one of the nine journalists killed in the blast in Kabul on Monday, April 30.