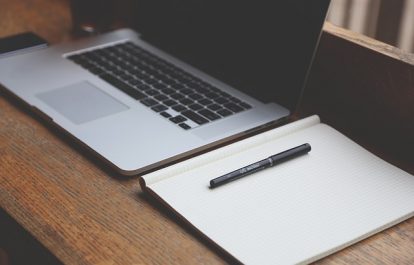 Ujjwal Acharya muses about how life – professional, social and personal – is utterly cramped in the absence of access to the internet, necessitating a strong pushback to attempts to shut it down.

It is almost impossible to think of life without the ubiquitous internet. Not only in my personal and social life but even for my professional work, internet is key. In November 2015, I was in Bangladesh for conducting a workshop. As soon as I reached the hotel, I tried to message my wife, but neither Viber, WhatApp nor Facebook messenger were online. It was frustrating not being able to inform my family about my safety. It took a few hours to find out that those services were blocked on security grounds.

My stay in Dhaka and the workshop went well, but I felt cut off, not being able to communicate with my friends and updating myself using Facebook. It was depressing, and I had to buy a SIM card (which I normally don’t for a short stay abroad) just to ensure a communication system in case of emergency.

But the internet as a life line was not the case in the early part of my life. When I started journalism in 1999, the reporting desks of my newsroom had no computers. The newspapers were designed on computers, but reporters like me would go to the field to report, and return to office to write reports on newsprints. I could use computers and the internet, but that was not needed for the everyday functioning of the reporters. The correspondents outside Kathmandu sent news using the fax or if they were important events with tight deadline, they used to call on a landline to dictate to reporters.

By 2005, the scene was different. The newsroom desks were all computerized and the internet was a part of a reporter’s work – for researching and more. On February 1, 2005, when the then King Gyanendra cut off the internet and telecommunications, I, and all fellow reporters, were bewildered wondering how on the earth we would do reporting. The newspapers were published, albeit with fewer pages and fewer reports. It was a difficult phase for journalists to function effectively. The newspapers were coming out, but journalists knew they were missing a lot of issues and incidents.

Of late, internet shutdowns – partial or complete – have became frequent. The news reports keep me reminding my past experiences and I feel sad for the people who are reeling under the shutdowns. The feeling of ‘not having something that we used to have’ is frustrating. Without internet access, the life of those who were used to services of internet becomes stressful.

I have almost forgotten the few weeks we managed without the internet. Since then, there has been not a complete internet shutdown in Nepal. But I wonder what will happen if the internet is shutdown today.

It will not only be difficult for journalists in Kathmandu but journalists outside the Valley will suffer more. Fax machines have been thrown out of most of newsroom as reporters rely on email to send reports and messengers and social media to communicate with newsroom. Their efficiency in covering incidents and issues will be very limited, and many of the important news stories will not be reported.

For journalists of this era, the internet is a professional tool that aids every step of the journalistic process – from reporting to verifying to sourcing to editing. Simply put, journalism without the internet in today’s world misses much of the aspects of journalism. The freedom of expression was long enshrined in constitutions when people actually had no platform to freely exercise the freedom, and when now there is a platform that enables individual human to exercise the freedom, there are attempts to restrict it. All talk of limiting freedom of expression online are a betrayal of this freedom.

Internet is an enabler, for human rights and of freedoms, and any attempt to control it amounts to censorship.

Journalists, media and journalist unions have historically led the struggle for the freedom of expression. If any government is allowed to go forward with internet shutdowns, it would ultimately hamper media, freedom of expression and press freedom than anything else. Hence, journalists and their unions need to stand against internet shutdowns to ensure that we don’t lose our rights.