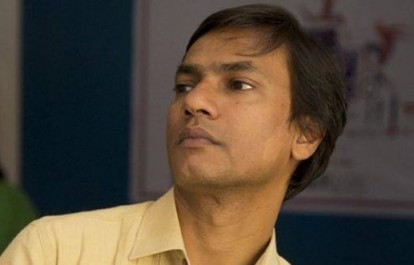 The International Federation of Journalists (IFJ) joins the Bangladesh Manobadhikar Sangbadik Forum (BMSF) condemn the murder of the editor of the country’s first and only LBGTI magazine in Dhaka on April 25. The IFJ demands immediate action from the Bangladeshi government to end the attacks against freedom of expression in Bangladesh.

According to reports, Zulhaz Mannan, the editor of Bangla-language LBGTI magazine Roopbaan, a local staffer of USAID and the cousin of former foreign minister Dr Dipu Moni, was hacked to death along with a friend, Tanay Fahim, at his residence in Dhaka’s Kalabagan area on Monday, April 25. Mannan and Fahim were both well-known LGBTI activists in Bangladesh.

According to The Guardian, Mannan and Fahim were attacked when a gang of six men posing as couriers to gain access to Mannan’s apartment. Mannan then took the men upstairs, where he and Fahim were fatally hacked and shot. Media reports claim that IS have claimed responsibility for the killing, but this is disputed by the Bangladesh government.

Mannan had received a number of threats online from radical Islamists in the lead up to the third annual Rainbow Rally, which was to be held on April 14, Bengali new year. However the Rally was banned by police as part of widespread security measures. According to reports,

IFJ general secretary Anthony Bellanger said: “This brutal murder shows that despite efforts by the Bangladesh government and authorities, extremism continues to threaten freedom of expression and democracy in Bangladesh. One by one writers critical of religious extremism are being silenced, and the culture of impunity in Bangladesh is working to support these actions.”

The IFJ is deeply concerned by the worrying pattern of killing of people for simply expressing their opinion. The IFJ urge the Bangladesh government to urgently act to find and punish the culprits; and take immediate steps to guarantee the safety and security of the vulnerable writer community and wider media group in Bangladesh.”