FNJ statement on arrest of two journalists in Kanchanpur 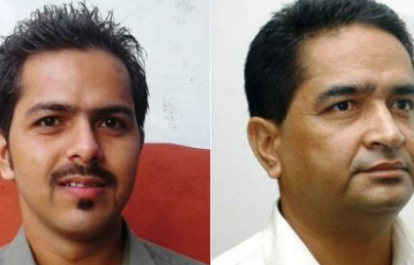 The Editor of Manaskhanda Daily, published from Bhimdatt Nagar in Kanchanpur district, Khem Bhandari and the executive editor of the same newspaper Ganesh Bhatt were arrested yesterday by the district police and are still under detention. Federation of Nepali Journalists (FNJ) is highly concerned about this issue and denounces the act of the police in arresting the two journalists.

Both the journalists were arrested on Saturday, June 17, on false charges under “Public Offence Act”. Few days back, the newspaper had published a news related to the arrest of two young females by district police. The report claimed that the arrested females were innocent and the police forcefully arrested them.

FNJ denounces the misuse of power and office by the district police in arresting, with visible prejudice, the editor and executive editor of a newspaper for publishing a report that the police has arrested innocent individuals. FNJ issued its statement on Saturday regarding this case and also had conversations with the Home Minister as well as the Chief District Officer of Kanchanpur and demanded immediate, unconditional release of both the journalists. The local committee of FNJ is also directly interacting with the concerned agencies at the field. A central team of FNJ, under the leadership of Central Committee Member and Regional Coordinator Prakash Bikram Shah is already in Kanchapur and having dialogue with the authorities. FNJ is also in regular touch with National Human Rights Commission (NHRC) in following up this issue.

Under the call of FNJ Kanchapur district chapter, the journalists in the district have staged protest at the District Administration Office, Kanchanpur in Bhimdutt Nagar. However, the arrested journalists, Bhandari and Bhatt, are not released till today and FNJ is seriously concerned about this development. This has raised serious concern over the position of the government regarding freedom of press.

FNJ demands the government to immediately release the arrested journalists, ensure free environment for journalism and to take action against the offenders after investigating the facts of the case. Otherwise, FNJ will be compelled to take more serious actions of protests.