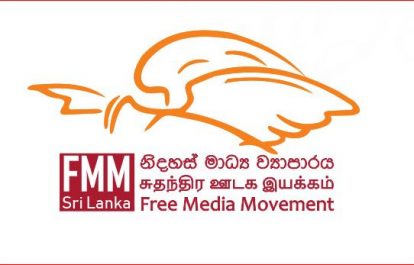 All media reports recently published by various media stating that the Free Media Movement is supporting multiple presidential candidates are baseless and incorrect.

The second news item was published in the Rasa newspaper on 24 October using a headline titled “Free Media Movement’s support for Sajith”. The Rasa newspaper corrected the news item on 25 October but did not give the same prominence given to the first article.

Instead of supporting various candidates, the stand of the Free Media Movement in this presidential election is to advocate for and influence a broader media reform process. The necessity of such a reform process is particularly evident in a prejudicial manner that the state media, as well as some private media institutions, have been acting during this election period.

Therefore, we urge all political parties and citizens to pay serious attention to this stand taken by the Free Media Movement, to initiate to liberate the entire media industry from its pathological condition.