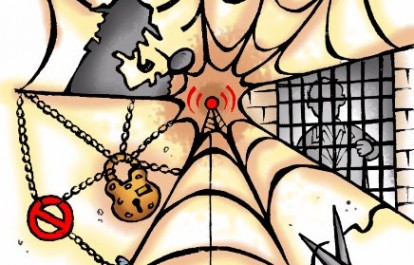 The International Federation of Journalists (IFJ) and the South Asia Media Solidarity Network (SAMSN) today launches the Breaking the Walls: The Fight for Freedom of Expression in the Digital Space in South Asia to conclude the Safer, Smarter Journalism campaign, which works to raise awareness on digital security for journalists.

The IFJ said: “The digital space in South Asia is at a pivotal point. As the internet becomes near universal through mobile technology, journalists and freedom of expression activists face new opportunities and challenges to tell their stories.”

The report is an assessment of the state freedom of expression in South Asia on digital platforms. It analyses the development and potential of the social internet in South Asia while outlining the trend of internet shutdowns, censorships and surveillance attempts. The report also examines the dangers that the development and spread of internet and social media has created for journalists and the criminalization of expression online.

The IFJ said: “Freedom of expression on the internet is a critical issue, especially in South Asia, where the authorities are attempting to restrict the rights through various laws, regulations and practices. The journalist unions need to properly integrate freedom of expression in the digital space in its human rights work. They also need to reach out and work with digital activists to ensure the internet in South Asia can deliver on its promise of open communication that informs the diverse communities of the region.”