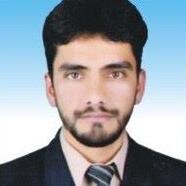 The International Federation of Journalists (IFJ) and its affiliate the Pakistan Federal Union of Journalists (PFUJ) express deep concern at a series of incident leading to the forced displacement of a Peshawar-based journalist Rasool Dawar.

Dawar, a special correspondent for Geo TV hailing from North Waziristan, left Peshawar in the last week stating that he felt insecure in the region, where he has been twice detained for hours under ‘extremely torturous conditions’ by the security agencies.

In a letter to Geo TV’s CEO and concerned government and non-government agencies, Dawar wrote on May 4: “I have been picked up/arrested in Peshawar on two separate occasions for unknown reasons by security forces and kept me in custody under extremely torturous conditions. I still feel frightened and am not comfortable at all to continue my professional duties at my workstations in a free manner. Their threatening attitude and ‘advice’ to leave the town for some times, prompted me to shift to Islamabad.”

He added: “I am gravely concerned about my safety as it’s still uncertain when all this is going to end. The threat is not yet over. This is for the first time in my nine-year journalistic career that I have experienced such frightening situation in which I was even physically harassed.”

Dawar was first arrested on February 20, 2015 by the Pakistan army and was interrogated for hours blindfolded. On April 14, he was again arrested by police and locked up.

The IFJ and the PFUJ urge the Pakistan government to take appropriate steps to ensure Dawar’s safety and security; and order the security agencies to ensure that he is not harassed furthermore for conducting his work as a journalist.

This week, Pakistan monitoring network Freedom Network outlined four cases of military intelligence personnel detaining three tribal journalists in the last four and a half months. The detainments all occurred after the launch of the National Action Plan, aimed at combatting terrorism in the region in the wake of Peshawar school attack on December 16, 2014. The detained journalists were Umar Daraz (North Waziristan), Noor Behram (North Waziristan), Nasruminallah (North Waziristan) and Sudhir Ahmed Afridi (Khyber).

The IFJ said: “The IFJ is seriously concerned by the incidents of intimidation and detainment for GEO TV journalist Rasool Dawar and urge the government to give adequate investigation and response on the actions of the police and military in this case. It is essential these incidents be investigated if the media is to have any confidence in its ability to operate freely in Peshawar.”

On May 8, the IFJ and the South Asia Media Solidarity Network (SAMSN) launched The Freedom Frontier: South Asia Press Freedom Report 2014-15 which included a report on Peshawar detailing a history of intimidation, disappearances and killings in the region. Pakistan is the most dangerous country in the world for journalists with 14 journalists and media staff killed in 2014, according to IFJ Killed List.