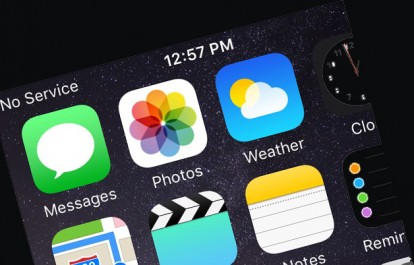 On November 7, 2015 when Indian Prime Minister, Narendra Modi visited  one of the most sensitive states of India, Jammu and Kashmir the journalists present had just one concern, whether  they would be able to report the important event and meet the deadline.

The concern grew  specially after the state government announced mobile internet clampdown on the day when Prime  Minister was due to arrive. The mobile internet ban meant no easy messaging, emailing and sending news alerts from the ground.

However, this is not for the first time reporters had to face such an issue while covering Kashmir.

Only one moth back, the PM Modi’s right wing political party Bharatiya Janata Party ( BJP) which is also in power in J&K along with state coalition partner Peoples Democratic Party( PDP) directed a three-day internet ban in Kashmir apprehending mass protests against an unpopular beef ban imposed by the state judiciary.

For three days at a stretch, the local newspaper websites and other web news portals could not be updated especially on the festive occasion of Eid which witnessed the biggest gathering of devotees in Kashmir’s mosques.

For the journalists who work for various national and international media organizations, updating their respective editing desks  based outside the state became difficult and the news feeds were sent via telephone calls.

Some online news portals which had come up in Kashmir since last few years have eventually shutdown in the wake of regular internet, communication bans by the state government.

Hence there are still no viable digital news platforms in Kashmir, thanks to the unreliable internet supply. Also the print and electronic media are hugely affected by the usual  internet shutdowns creating a not so work friendly atmosphere for journalists in Kashmir valley.

Even though the current opposition political party, National Conference (NC) denounced the ban this time, the party had earlier banned the internet, mobile text messaging when it was in power in the state.

Over past one decade, Media censorship and Internet ban is unfortunately beginning to become  a trend in this  conflict region.

Such clampdowns often come unannounced but have  now become a lot more predictable especially at the crucial junctures of visits of important political figures, or when there is a growing sense of public unrest.

On January 26 and August 15 every year, when India, the largest democracy of the world celebrates its Republic and Independence days, the internet bans stay for half a day which again makes reporting a very difficult task.

The media, therefore has always been at the receiving end of such unjustified state decisions.

The journalists in Kashmir have raised their voices time  and again against such bans, but the state government seems to get away every time under the pretext of maintaining law and order situation and prevention of violence.

Even the Press Club of India and various journalist unions worldwide extended their support to Kashmiri journalists but it is seemingly not enough to ensure the basic freedom of journalists.

The silent sit in demonstrations, street protests , online petitions by the media fraternity have become a regular feature in Kashmir urging the state administration and central governments to guarantee the basic rights of journalists. But little progress has been made in this direction .

Ironically, the Right to freedom of speech and expression which is one of the fundamental rights of the Indian citizens enshrined in its constitution is repeatedly being curbed by the state and central governments in Kashmir.

For many journalist from all over the world, this northern most region of India located on the Himalaya foothills is a safe bet for reporting because there is there is no “dry news day” in Kashmir.

If you are reporting in Kashmir, news stories will chase you. I don’t disagree with this belief at all except for the fact that the newspersons in this region have to many times operate without the internet which has become modern day journalism’s primary tool.

Bismah Malik is a journalist and has worked with the  Indian national newspaper  The Tribune , and J&K’s oldest English newspaper, The Kashmir Times. She is also a volunteer with the IFJ and tweets at @bismahmalik