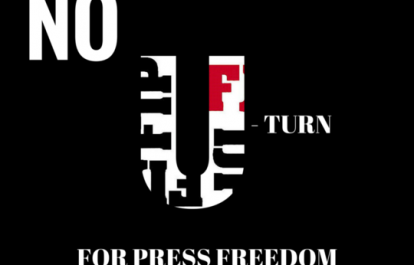 The Andhra Pradesh government submitted a proposal to allow department secretaries to sue media organisations for “fake news”. The International Federation of Journalists (IFJ) and its affiliate the Indian Journalists Union (IJU) finds the submission a strategic curtail of freedom of expression in an attempt to keep the media in the hands of the government.  IFJ together with IJU expressed serious concern to the decision and called on to withdraw the decision.

On October 16, Jagan Mohan Reddy’s cabinet empowered secretaries of various departments to file defamatory cases against all types of media, including print, electronic, digital and social media. If the secretaries believe the stories are without evidence and baseless, they can sue the media organisation for defamation. According to IJU, the departments have been guided to take legal action against negative stories.

A similar order was passed in 2007, that was eventually quashed by the Andhra High Court. The Chief Minister’s office defended their new proposal stating the decision was made as “secretaries are better placed in monitoring the news, picking up the distortions, giving rejoinders and taking it to the logical conclusion”.

IJU expressed their grave concern over Andhra Pradesh government’s threat to the media.

IJU said: “While all journalists must uphold the basic principle of journalism and maintain professional integrity, the decision of the Andhra Pradesh cabinet is a systematic efforts to curtail freedom of expression and therefore it is simply unacceptable. The decision gives undue advantage to the government departments to hide their weaknesses by discouraging investigative journalism.”

The IFJ joins the IJU in calling on the Andhra Pradesh government to withdraw the decision and respect the constitutionally entrenched freedom of speech and expression.