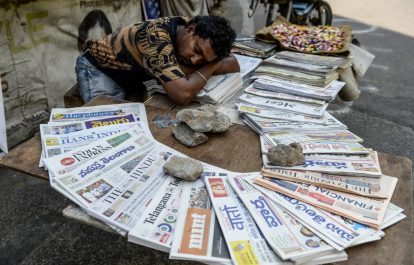 In March, Sakal Media Group asked another 15 from the Sakal Times editorial division to resign. The company has continued to cite the economic repercussions of Covid-19 as the reason for the layoffs.

The IJU said: “Closing down of the editions and subsequent loss of jobs of journalists during these unprecedented times is both unethical and unfair. The IJU urges media houses to refrain from taking such drastic steps and calls on the government to introduce a stimulus package to the media industry.”

The NUJ-I said: “We strongly condemn the closure of Sakal Times and Gomantak Times under the pretext of COVID19 pandemic. NUJ-I is together with the journalists to discuss the issue and find a way out.”

The IFJ said: “The IFJ urge media owners to understand the dire situation for journalists during the Covid-19 pandemic and the need for secure work. Since March, India has witnessed industry media wide layoffs and journalists working without pay. The IFJ urges the government to consult journalist unions and associations about developing a stimulus package that will secure a future for India’s media industry.”