India: IFJ calls for action as journalists gunned down 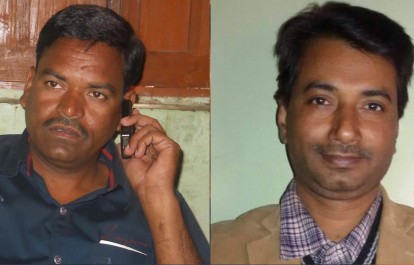 The International Federation of Journalists has condemned the murder of two “martyrs in the cause of press freedom” in India in the space of 48 hours.

The IFJ has backed calls by its affiliate the Indian Journalists Union (lJU) – which claims the two were killed as a result of their work exposing corruption and criminal activities among a “politico-criminal mafia” – for a special investigative team to bring the killers to justice.

In a statement lJU President S N Sinha. Secretary-General Amar Devulapalli and Press Council of India (PCI) member K Amarnath said the reporters were martyrs in the cause of freedom of the press.

The IJU leaders said, “Rural reporters, who are the most neglected and poorly-paid journalists in the country are braving the threats and intimidation of a political and criminal nexus. They are in the forefront of the fight to defend the democratic ideals and standing up as sentinels of public good and freedom of expression”.

“We demand that the Bihar and Jharkhand governments should immediately appoint a Special Investigative Team (SIT) with police officers of proven integrity and bring the culprits to the book. We also demand that the families of the slain journalists should be paid twenty five lakh rupees each by the respective state governments”. Sinha, Amar and Amarnath said.

IFJ President Jim Boumelha said: “This isn’t just a brutal murder of two professional journalists but an attack on journalism itself. We utterly condemn the killings, demand a speedy and thorough investigation and justice for our colleagues. The toll of killings in India is undermining press freedom and the government and police must act to bring the killers to justice ad put an end to impunity”.

The shootings take the toll of murders of journalists in India to nine in the past year and to more than 100 in the last two decades. Rajdeo Ranjan was vice-president of the Siwan District Unit of the Bihar Working Journalists Union (BWJU) which is affiliated to the IJU and union leaders said in his death the working journalists community in Bihar had lost a valiant fighter for their cause.

He had previously been attacked in 2005 following an assault on his newsroom. They called upon the organisations of working journalists, editors and managements to come together and launch a powerful country-wide campaign for a special law for the protection of journalists. The lJU leaders also urged the central government to take stringent steps to implement statutory wages for rural working journalists recommended by the Wage Board.

The President of IFJ-affiliate the National Union of Journalists of India (NUJI) Ras Bihari said that journalists will demonstrate in front of the federal home minister’s residence in protest at the murders and has urged journalist unions to write to Prime Minister Narendra Modi demanding an investigation and warned of a nation-wide demonstrations if no action was taken.

NUJ-Bihar General Secretary Rakesh Prabir hit out at the lack of police action in solving the killings of journalists. He said that after two murders of journalists during last year’s election and in light of the current killings, there is widespread fear among journalists in the region.