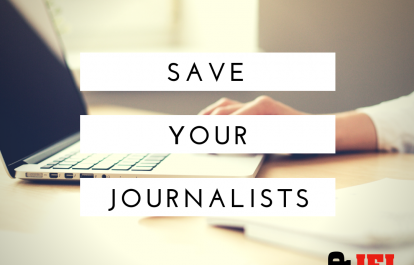 Two people, including a Captain TV journalist were killed in a car accident at Kallankattupudur in Tamil Nadu on February 18. The IFJ is saddened on the death and urges all journalists to remain safe when reporting.

B Chandrasekar, 36, who worked as a reporter for Captain TV and university student, R Kishore, 19, were killed in the car accident at 12:45am on Coimatore-Pollachi Road while travelling from Malumichampatty, the residential village in the Coimbatore-South taluk, Coimbatore district.

The IFJ said: “This is a deeply unfortunate accident and as always it is a tragedy when journalists are killed. The IFJ mourns the death of B Chandrasekar.”