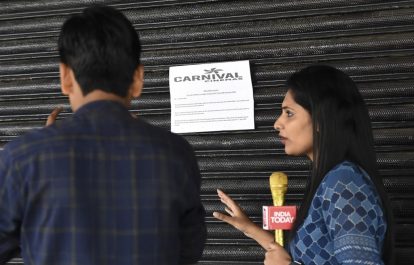 The survey carried out by more than 558 women journalists in 52 countries revealed more than half of the respondents indicated an increase in gender inequalities in the industry, with devastating consequences on their conciliation of work and private life (62 per cent), work responsibilities (46 per cent) and salaries (27 per cent). Further, over two-thirds of respondents noted the negative impact of media funding cuts on the industry’s gender strategies.

According to the responses from women journalists in India, the survey highlighted that as a result of the Covid-19 pandemic:

IJU’s Secretary General Sabina Inderjit said: “We urge the media houses, news- room and professional organizations working in media development to prioritize the gender equity as one of their major agenda. Media houses should emphasize gender sensitivity and work – life balance in their in -house operational strategies. As Pandemic has higher impact to women, this should be given special priority during the pandemic.”

NUJ-I’s president Ras Bihari said: “The survey revealed the bitter reality of gender inequality in the news-room. NUI-I calls on the media institutions, media managers and media advocacy organisations to prioritise gender equality in their policy and plan.”

The IFJ said: “The IFJ urges affiliates, media companies and workers to take note of the survey results and implement effective strategies to support women in the workplace. To enact change, unions must advocate for women to take leadership roles and lead the way for greater representation and structural change.”