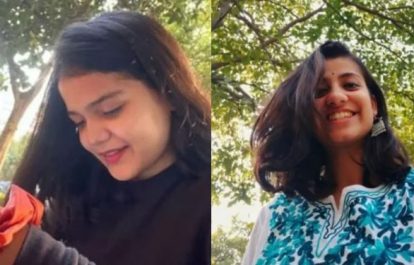 Two journalists who were arrested in the early hours of November 14 in Tripura state for alleged criminal conspiracy and spreading of communal hatred were granted bail on November 15. The International Federation of Journalists (IFJ) and its Indian affiliates, the Indian Journalists Union (IJU) and the National Union of Journalists- India (NUJ-I) urge the Tripura government to stop harassing journalists.

The Chief Judicial Magistrate of Gomti district granted bail of INR 75,000 (USD 1,000) each to Samriddhi Sakunia and Swana Jha after a one hour court hearing on November 15, with the journalists accused with“maligning” the Tripura government by covering communal tensions in the region. Even after securing bail, the journalists continued to be questioned until November 16.

A First Information Report (FIR) was registered against the HW News Network journalists Sakunia (21) and Jha (25) in Fatikroy police station in Unakoti district of Tripura state on November 13 after a written complaint by Kanchan Das, a member of the Vishwa Hindu Parishad (World Hindu Council or VHP). Das accused them of violating three sections of Indian Penal code 120B (criminal conspiracy), 153A (provocation with intent to cause riot) and 504 (intentional insult with intent to provoke breach of the peace). The FIR also accused the journalists of “delivered instigating speech against Hindus and the Tripura government” while visiting “Muslim houses” in Fatikroy.

The complaint was filed after the HW News Network published the news story“I Hate What Happened In Bangladesh…But Pains To See Our Mosque Burnt”: Locals of Darga Bazaar Recount Horror. According to the police, the journalists also published on their social media that a copy of the Quran was damaged and mosque was burnt during the Tripura violence . “#Tripuraviolence Darga Bazaar: On 19th October at around 2:30 am, some unidentified people burnt down the mosque in Darga Bazaar area”, Sakunia, in a tweet posted on November 11.

The Tripura government denies the damage to the structure of any mosque in Tripura and said the media reports were false. Tripura information and cultural affairs minister, Sushanta Chowdhury, accused the journalists of being motivated by the political interest. On November 3, Tripura government booked 102 people for reporting the Tripura violence and sharing information on social media.  Some miscreants attacked a mosque, some shops and houses that belong to the minority community in Tripura in October 2021.

IJU president, Geetartha Pathak, said: “IJU always stand for upholding freedom of press and speech of citizen. We urge the Tripura government to stop suppressing press to hide their wrongdoings.”

NUJ-I president, Ras Bihari, said: “We condemn the act and the NUJ(I) demands immediate action from the state government”.

The IFJ said: “The case against the journalists Samriddhi Sakunia and Swarna Jha is evidence to show the way Tripura government is muzzling press to silence the critical voices. We urge the Tripura government to allow the journalists research and report independently. Any efforts of censorship are against the constitutional spirit of freedom of speech and the press.”