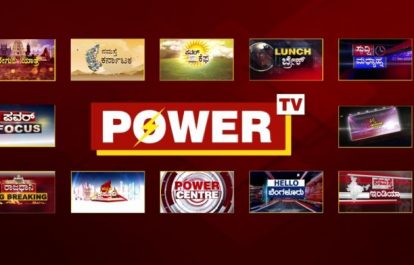 The government in Karnataka has shutdown Power TV, a private broadcaster, in retaliation for the broadcaster’s reports on corruption allegations against the chief minister Bookanakere Siddalingappa Yediyurappa and his family members. The International Federation of Journalists (IFJ) and its Indian affiliate the Indian Journalists Union (IJU) and the National Union of Journalists (NUJ)- India  condemn the illegal shutdown and call on Karnataka government to stop the intimidation of Power TV’s staff and allow the network to broadcast freely.

On September 28 the state police raided Power TV‘s office, forcibly seizing laptops and hard disks, and damaging the server, resulting in the shutdown of the channel. Authorities then blocked the broadcaster’s YouTube channel and Facebook site. The home of the channel’s managing director-editor Rakesh Shetty was also searched after a complaint was registered  against Shetty on grounds of criminal intimidation, forgery, extortion, cheating, and criminal conspiracy.

The administration’s move is in reprisal for a story exposing Y Vijayendra, son of Chief Minister (CM) BS Yediyurappa who received bribes from a private builder, Ramalingam Construction Company Ltd (RCCL). The reports alleged that the RCCL bribed Vijayendra  in order to gain favour from the Chief Minister to build a  government housing project worth6.66 billion Indian  rupee (USD 9,069,862) and the son’s involvement in other government affairs.

The sudden shutdown of Power TV means more 250 staff are left in a precarious situation at a time when job cuts and salary cuts are rampant in India.

The IJU Secretary General Sabina Inderjit said: “Closing down media channel in a dictatorial manner for exposing Chief Minister’s son’s corruption is not acceptable. The IJU demanded immediate restoration of the TV channel.”

The NUJ-I President Ras Bihari said: “The NUJ (I) strongly condemns this autocratic act of threatening the fourth pillar of democracy and demands an enquiry to reveal the truth.”