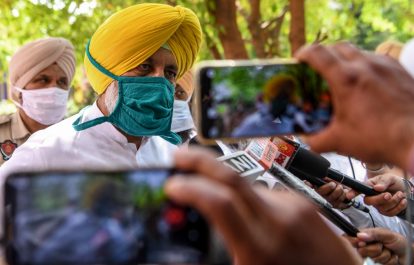 Under the cover of the pandemic, the Indian government has introduced restrictions on expression, resulting in a growing number of legal cases and summons against journalists. The IFJ’s South Asia Media Solidarity Network (SAMSN) Digital Hub has recorded 17 incidents of law enforcement agencies prosecuting and investigating journalists since India went into lockdown on March 25. A recent report released by a New Delhi based independent think-tank, the Rights and Risk Analysis Group (RRAG), contained similar findings with 22 recorded First Information Reports (FIR) filed against media workers and ten journalists arrested since the lockdown began.

This week, police continued their investigation into Vinod Dua, a television anchor for HW News Network’s political analysis program, the Vinod Dua Show for alleged sedition. Himachal Pradesh police issued Dua a summons on June 12 in response to an FIR filed against him for “false contextual reporting”, “misreporting Delhi riots” and blaming the riots of India’s prime minister Narendra Modi.

In Kashmir, the new 2020 ‘Media Policy’ introduced by the Jammu and Kashmir administration has been labelled by the Indian Express newspaper as “Orwellian”, believing it will result in further intimidation of journalists.

NUJI urge the Indian government to conduct an impartial investigation into “all the media rights violations” and ensure the safety of journalists.

The IFJ said: “The government’s targeting of journalists during the Covid-19 pandemic is a strategic attempt to limit the ability of the media and citizens to hold the government accountable. The IFJ urges the Indian government to consult with media groups and establish protections for journalists’ during the pandemic.”