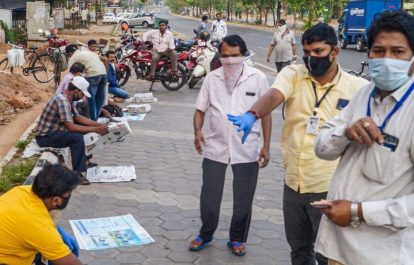 Faced with economic challenges due to the Covid-19 crisis, multiple media outlets in India have resorted to staff layoffs, extended leave without pay and pay cuts. The International Federation of Journalists (IFJ) and its affiliates the Indian Journalists’ Union (IJU) and the National Union of Journalists- India condemn this approach, urging media proprietors to reconsider these decisions.

IFJ has documented that News Nations Network laid off 15 staff in the English-language digital team on April 10 without notice of termination. The Times of India also sacked all its employees in the Sunday Magazine team – including nine employees from the Times of India, six from Times Life and three of Speaking Tree.  Another media company that has let staff go is Sakal Group. The group asked its five employees each in design and sports, four in news and one in feature to resign effective from March 31.

IFJ’s has discovered that that Bloomberg Quint, The Indian Express, Business Standard, NDTV have issued a notice regarding pay cuts. Bloomberg Quint announced hefty salary cuts of up to 75 per cent. The Indian Express has imposed  pay cuts between 10 per cent and 30 per cent, with the Chief Editor taking a 100 per cent salary cut. Similarly, Business Standard’s salary cuts starts from May onwards. Likewise, NDTV, has announced pay cuts of up to 50 per cent..

The IFJ has also discovered that The New Indian Express paid partial salary for the month of March but assured that any withheld wages would be paid in upcoming month. The Hindustan Times  top management volunteered to take a 25 per cent pay cut. And Outlook magazine has suspended its print version under the “extraordinary circumstances” brought on by Covid-19.   According to the National Union of Journalists (India) many other media outlets have prepared lists of workers targeted for termination and pay cut.

NUJ(I)  said : “The crisis is likely to  become more critical in the coming days. Therefore, the best coping strategy for the media management is to approach the Government for any possible succour during such hard time”.

IJU said: “Going through a financial crisis due to COVID-19 can be no justification for the recent happenings. It appears that media management are taking advantage of the pandemic to downsize their workforce and to avoid legal implications and responsibilities relating to retrenchment as per the Industrial Disputes Act. The IJU cautions print media employers to bear in mind the Supreme Court order upholding implementation of Majithia Wage Board recommendations”.

IFJ said: “Despite the Indian government’s calls to refrain from layoffs and pay cuts, media companies are continuing to downsize. The IFJ urges media companies to adopt a more humane approach especially at a time when high quality journalism is needed to the fight against Covid-19”.