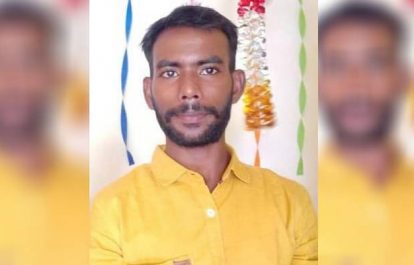 G. Moses, a reporter for Tamilian TV, has been hacked to death in the western suburb of Kundrathru, Tamil Nadu, allegedly for his coverage of illegal land grabbing in the area. The International Federation of Journalists (IFJ) condemns the journalist’s brutal attack and is concerned for the safety of media workers in the region.

Authorities stated that Moses, aged 26, was attacked by multiple men with knives nearby to his house, after being called outside via mobile. He attempted to run back to safety but was attacked a second time. His assailants fled the scene before Moses’ father and neighbour emerged to investigate his cries. The journalist was declared dead soon after at Chromepet Government Hospital.

His father, Gnanaraj Jesudasan, who is also a reporter for daily Tamil publication Malai Tamizhagam, was under the impression he was meeting with friends. He has since filed a First Information Report (FIR) stating that Moses was called out his home by Manoj Selvan at 10:45pm, a man known to the family. The FIR names Selvam and three others – Venkatesan Sekar, Vignesh Tirumalai and Navamani Duraiswamy – who have all been detained and charged with murder.

The journalist was reportedly attacked for his exposing of the illicit deals of land mafia in the areas around his village on the outskirts of Chennai city, Naduveeranpattu Pudhunallur, where real estate is a highly profitable and growing business. Police sources state a group of residents had earlier demolished several temporary structures erected on Poromboke land, an area that does not fall under a list of revenue records and therefore has no owner. The villagers had also reported the incident to police but were hesitant to initiate legal action due to the powerful political backing of the land grabbers. However, Jesudasan asserted that Moses was falsely accused of these reports, and had not instigated the retaliation and removal of stones used to mark plots by local landowners.

Moses is the fourth Indian journalist to be assassinated in 2020. The nation has a grim history of violence against media workers and was recently profiled in IFJ’s International Day to End Impunity for Crimes Against Journalists   campaign, calling for urgent action to address the restriction of press freedom and rampant circumvention of justice in India.

IFJ General Secretary Anthony Bellanger said:“This violent and unprovoked attack is a dire representation of the state of press freedom in India. We extend our condolences to Moses’s family and colleagues and call on authorities to conduct a swift and thorough investigation into the journalist’s murder to ensure the perpetrators do not evade justice.”