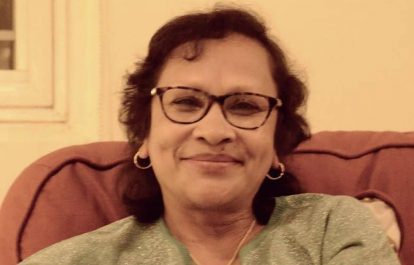 Meghalaya village council in northeast India filed a police complaint against veteran journalist and Shillong Times editor Patricia Mukhim over her Facebook post. The International Federation of Journalists (IFJ) and its affiliate the Indian Journalists Union (IJU) urges authorities to withdraw the case against Mukhim immediately.

Lurshai Shylla, the Lawsohtun village head in Meghalaya lodged the complaint on July 6 accusing Mukhim of inciting communal tensions through a Facebook post two days earlier. Mukhim’s post concerned an attack in Lawsohtun village on July 3 on five “non-tribal youth” by a masked group allegedly made up of “tribal boys”. Mukhim’s post called on Medhalaya’s chief minister Conrad Sangma to take the case seriously, highlighting how “non-tribal brethren continue to live in perpetual fear in their own state”.

According to the Lurshai Shylla’s complaint, media houses in West Bengal are portraying the issue as a tribal conflict, referencing the 1979 clash between the Khasis and Bengalis that resulted in 20,000 Bengali’s displaced from Meghalaya. On July 4, police issued a general warning to any individual who “incites communal conflict or breach(es) communal peace and harmony”.

IJU president Geetartha Pathak said: “The incident is unfortunate and the matter should be settled through dialogue and mutual understanding on the basis of the doctrine of freedom of speech and responsibility on socially sensitive issues.” IJU appeals to the village leaders to withdraw the police complaint.

The IFJ said: “The immediate response of the village council to file a complaint with police following Mukhlim expressing her grievances over social media is incredibly concerning. The IFJ demands the police and the village council to resolve with issue peacefully, without criminalising freedom of expression and public interest journalism.”