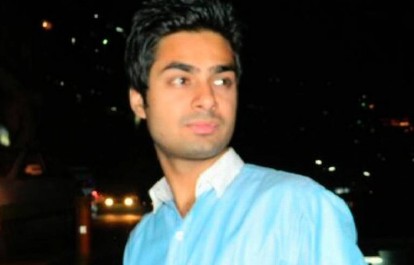 The International Federation of Journalists (IFJ) is saddened by the death of Shivam Bhatt, a journalist with India’s Zee News TV in a car accident on November 20 in Barwala, Haryana, India.

According to reports, the 24-year-old reporter died when the vehicle he was travelling in collided with stray cattle and went off the road on the Kaithal-Chandigarh highway. Three other people — reporter Rohit Khanna, cameraman Jaiveer Rawat and the driver — also sustained injuries.

They all were rushed to Indira Gandhi Mulitispeciality General Hospital where Bhatt was declared dead on arrival. The other people in the vehicle are in hospital in a stable condition.

Bhatt was on assignment and was covering the arrest of controversial Indian preacher Rampal, who was arrested in connection to a 2006 murder case, when the incident took place. The Haryana government has expressed grief and announced a compensation of IRs 500,000 for the kin of the journalist. Bhatt is survived by his parents and a brother.

Some reports suggest that the Zee News team was chasing the ambulance in which arrested Rampal was being brought to Chandigarh.

The IFJ expresses condolence to the family of deceased journalist and urge the Zee News to provide relief to the family.

Jane Worthington, the acting director of the IFJ Asia-Pacific said: “The IFJ is saddened by the news of accidental death of a journalist on assignment.”

The IFJ added: “We urge the journalists to put safety first while covering events and also urge the media houses to ensure that all safety measures are observed while sending out journalists on assignments.”