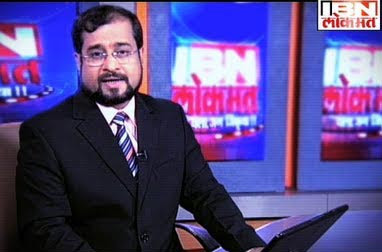 The International Federation of Journalists (IFJ) condemns the threats issued to Indian journalists Nikhil Wagle and Shyamsundar Sonnar on August 22 by Sanatan Sanstha, a Hindu group in Mumbai, India. The IFJ calls on the Indian authorities to immediately investigate the threats and ensure journalist safety across the country.

According to reports, Nikhil Wagle, the editor-in-chief of Maharashtra One, a Marathi-language news channel in Mumbai received threats on his personal twitter and also in an article published by Sanatan Sanstha in their publication, Sanatan Prabhat. Local police also offered Wagle police protection after they overheard his name in phone conversations between Sanatan Sanstha members. Wagle, who is not new to threats and attacks, refused the protection.

In 2004, Wagle was attacked by Shiv Sainiks at Malvan in Sindhudurg district. He and two journalists were beaten, doused in kerosene oil and made to blacken their faces. The attack was linked to comments made by Wagle about Narayan Rane, Leader of the Opposition of the Maharashtra Assembly

On September 1, Shyamsundar Sonnar, who works for the Marathi daily, Prahaar, was labelled anti-Hindi in an article by group. Sonnar filed a complaint against the threats and the Mumbai Press Club said the Maharashtra state government and police need to take serious note of the threats.

The Sanatan Sanstha have denied making any threat to Wagle.

The IFJ said: “These threats are a blatant attack on press freedom in India. Journalist should never be threatened, intimidated or attacked for simply doing their job. The government needs to take immediate action to ensure the security for journalists, especially those under attack, and take action against the perpetrators.”

The IFJ notes that press freedom and the safety of journalists and media workers in India has come under attack this year with four journalists killed so far this year. IFJ affiliates, the Indian Journalists Union (IJU) and the National Union of Journalists (India) are dismayed by the decline and have continually been petitioning the government for action through the development of the journalist protection act.