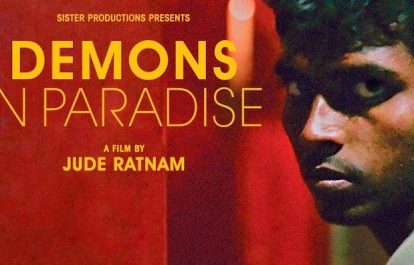 Screening of internationally acclaimed film by director Jude Ratnam ‘Demons in Paradise’ was canceled by the organizers of the Jaffna International Film Festival in Sri Lanka citing pressure from local groups. The International Federation of Journalists (IFJ) joins its affiliate the Free Media Movement – Sri Lanka in strongly criticising the decision to cancel the screening, and urges the film festival organizers to respect freedom of expression.

The Tamil-language film, which won the best film award at the Film South Asia 2017 in Kathmandu, explored the civil war in Sri Lanka depicting the life of victims of war, especially in Jaffna. In a statement, director Ratnam claimed the festival organizers decided to remove the film from its scheduled screening on October 5 allegedly over pressure from a group known only as the ‘Community’ in Jaffna.

Ratnam said: “I have not yet been given a proper explanation for the removal of my film from the festival schedule. I feel this is a case of censorship and an infringement on the fundamental rights to freedom of expression.”

The organizers of the Jaffna Film Festival in a press release claimed that since Ratnam had failed to observe the respective regulations governing the event, ‘Demons in Paradise’ was not included in the list of films to be screened at the Festival.

The IFJ said: “The cancellation of the scheduled screening of a film citing the pressure from unknown group is censorship and is against the principle of the freedom of expression. The IFJ believes that all citizens of Sri Lanka have the constitutional rights of freedom of expression, and the film is an artistic product enjoying the freedom of artistic expression therefore should be freely screened regardless of its contents. The IFJ condemns the decision of the Jaffna Film Festival organizers, and urges them to respect the rights of the citizens and the filmmakers.”