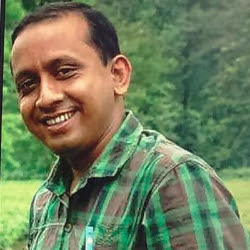 The IFJ and the IJU demand urgent action by the authorities to investigate the disappearance and the deteriorating safety situation for media workers across India.

Sarkar, the Alipurduar district correspondent of the Uttar Banga Samvad daily, was last seen on Sunday, August 2. His disappearance is believed to be linked with an investigative report he published on July 28, regarding unofficial payments to guarantee admissions into graduation courses to colleges in Alipurduar. After the reports were published Sarkar received threats and supporters of the state’s ruling party held a demonstration out the front of his home.

On August 2, Sarkar received a phone call at 7.30pm and went out. He was last seen near Salsalabari railway station. His motorbike was recovered that night near Salsalabari market with his wallet and ID card in a nearby bush. His phones are still missing and switched off.

In a statement, the IJU President S N Sinha, Vice-President Ambati Anjaneyulu and Secretary-General Amar Devulapalli expressed concerns that Sarkar’s life may be in danger as he might have been abducted.

The IJU said: “It is strange that no clue is available on the missing of the journalist even after four days raises questions over the investigation process, notwithstanding the assertions of state government spokespersons that the police are conducting a special drive to trace him.”

The IJU leaders urged the Press Council of India (PCI) to immediately intervene and direct the West Bengal government to take immediate steps to find the missing journalist.

The IFJ said: “The IFJ is seriously concerned by the disappearance of Chayan Sarkar and demands immediate action. The IFJ also condemns the government inaction to provide security to Sarkar prior to his disappearance following the threats and demonstration against him.”

The IFJ added: “The number of threats and attacks on journalists has sharply risen in India in recent months, and the IFJ urge the Indian government to take necessary steps urgently to ensure journalists’ safety.”