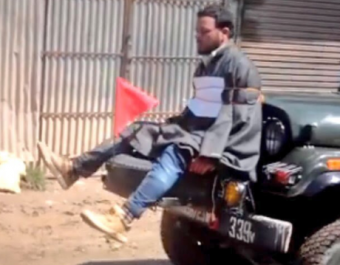 The International Federation of Journalists (IFJ) expresses serious concerns over the one-month ban on access to 22 social media websites and messaging apps in Jammu and Kashmir, India declared on April 26, 2017. The IFJ demands that the ban order to be immediately withdrawn and citizens’ rights to information and communication be respected.

On April 26, the Jammu and Kashmir government ordered all Internet Service Providers (ISPs) to ban 22 social media sites and messaging apps including Facebook, WhatsApp, Google, Skype, Viber and Twitter in Kashmir for one month on ground that they were being “misused by anti-social elements by transmitting inflammatory messages in various forms”.

The order issued by Principal Secretary (Home) R K Goyal under the Indian Telegraph Act 1885 asked all the ISPs to immediately stop transmission of Facebook, Twitter, WhatsApp, QQ, We Chat, Qzone, Tumbir, Google , Baidu, Skype, Viber, Line, Snapchat, Pinterest, Telegram, Reddit, Snapfish, You Tube (upload), Vine, Xanga, Buzznet and Flickr for one month or until further notice. The order came as Kashmir continues to reel under violent demonstrations since July, 2016 when Burhan Wani, a young militant was killed by the Indian security forces.

The order reads: “In the interest of maintenance of public order, the Government, in exercise of powers conferred by sub-section (2) of Section-5 of the Indian Telegraph Act 1885 read with the Indian Telegraph (Amendment ) Rules, 2007 hereby directs all Internet Service Providers (ISPs), that any message or class of messages to or from any person or class of persons relating to any subject or any pictorial content through the social networking sites shall not be transmitted in Kashmir valley, with immediate effect, for a period of one month or till further orders.”

The order said Act and Rules confer powers upon the Central Government or the State Government to take possession of licensed telegraphs and order stoppage of transmission or interception or detention of messages. The order states that ‘a progressively increasing trend has been witnessed with regard to misuse of social media by the elements inimical to public order and tranquility, thereby impinging on public safety’.

The IFJ notes that Kashmir has witnessed as many 14 internet shutdowns since 2016 and four of them in April 2017, making India the leading country in the world in virtual curfews.

The IFJ said: “The internet shutdown is a form of censorship and against the fundamental rights of people to freedom of opinion and expression. The IFJ is seriously concerned by the frequent shutdowns of internet services in Kashmir and the impact of the shutdowns on media, journalists and people. The IFJ urges the Indian authorities to immediately withdraw the ban orders and ensure that the internet is not shut down in future.”

Photo: A screenshot from the video that led to massive outrage against the government and security forces, contributing to a clampdown on social media to quell the unrest.