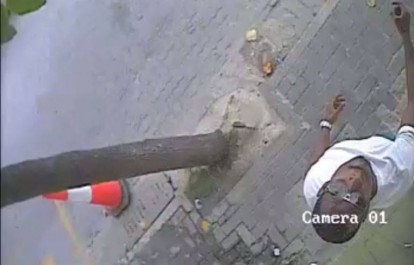 The International Federation of Journalists (IFJ) joins its affiliate the Maldives Journalist Association (MJA) in condemning the attack on the office of Minivan News on Thursday, September 25 in capital Male.

According to Minivan News, a machete knife was lodged into the door of their office building in the afternoon shortly after a notorious gangster removed a CCTV camera from outside the building.

The MJA said: “Minivan News is an established and active news organization, and this attack is a clear attempt to threaten and intimidate journalists in the Maldives. MJA calls upon the authorities to investigate this incident with utmost urgency.”

The MJA added: “Differences with regard to content published by news organizations do not warrant vandalism and intimidation. The MJA would like to note that the Maldives has established relevant bodies mandated to hear and address such grievances.”

The IFJ and the MJA call upon all state authorities to ensure that a safe environment for journalists is established and maintained in the Maldives.

The IFJ Asia Pacific deputy director, Jane Worthington, said: “This attack is clearly intended to intimidate an independent news organization for its editorial line. It’s a lame and condemnable attempt that the Maldives government should investigate thoroughly to ensure the perpetrators are punished as soon as possible.”

The IFJ added: “The IFJ is deeply concerned with the recent decline in safety for journalist in the Maldives and we strongly urge the state to ensure journalists and media houses are protected again threats, intimidation and attacks.”