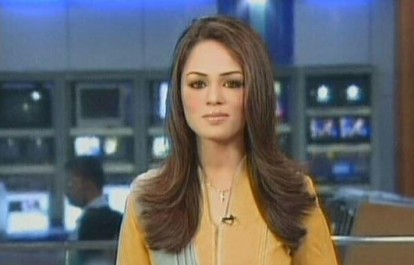 Pakistan’s media is evolving since it emerged from the 11 draconian years of Dictator General Ziaul Haq’s martial law (1977-1988). As it happens in dictatorships, many fundamental rights and freedoms of the people are usurped, and that is what happened in Pakistan.

Journalists were one of the groups that bore the brunt of the dictator, resulting that the media was gagged for years. Even 26 years after the martial law ended, things have improved but only slightly. The media, which experienced the worst of the dictatorial rule, still does not enjoy freedom in the proper sense of the word.

There are some sections of society that are face more constraints compared to others in Pakistan. They are mainly the minorities of Pakistan that comprise more than 5 per cent of the population. Apart from many other rights as given to them under Pakistan’s constitution, they are deprived from media space as well.

The issue of media space for minorities came under focus at a round-table discussion on ‘non-Muslim communities and freedom of expression’ held at Jinnah Institute, Islamabad on May 28.

One of the participants of this discussion Dr. Ramesh Kumar Vankwani – a member of the National Assembly of the ruling Pakistan Muslim League-Nawaz (PML-N) – said that the media should highlight issues and concerns of the ‘religious minorities’.

The ratio of such coverage is very low in a country obsessed with politics and riddled by crime and terrorism leaving very little space for other news. This leaves an extremely small space left for other important news like coverage of news about the issues and concerns of the minorities.

“Ideally the media should be neutral and highlight the problems and issues in the community. However, the religious minorities believe that the media is bias and unilaterally interprets the facts while reporting any news. The media strategy needs reviewing,” said a spokesperson of a rights-based organization working from Islamabad.

“Actually minorities do get to mainstream media but with double the effort. The main issues being to prove you are not a threat and even though you are born in Pakistan you have to be constantly letting others know you have no ties with the enemy” said Alice, a Karachi-based educationist.

News bulletins usually allocate special news packages for religious festivals of minorities of Pakistan. Special, but scant, coverage is given if crimes are committed against members of the minorities.

Islamabad-based religious scholar and professional trainer Muhammad Hussain said that he thinks minorities usually get space in the mainstream media in Pakistan but only “when there (is) any desirable incident happens against them. While their positive role especially for the peace and prosperity in the society and contribution are usually ignored. Reasons may be media priorities and lack of social appreciation and acceptance for them.”

Commenting on this phenomenon the spokesperson of the rights organization also said: “We strongly believe that the space for freedom of expression is reducing. The recent incidences of violence against religious minority have worsened the situation.”

Amber, Karachi-based broadcast journalist working for one of the main news channels as producer, said: “The bulletin’s run-down is usually full of political news and there is no time for anything else which is why other news is pushed out.”

Interestingly, the founding father of Pakistan Mohammad Ali Jinnah wanted everyone across the religious and cultural spectrum to enjoy a free life in the new state of Pakistan.

In a speech given days before the new nation was carved out in from the Indian subcontinent (August 14, 1947) while addressing the Constituent Assembly of Pakistan on August 11, 1947, Jinnah said “you are free. You are free to go to your temples, you are free to go to your mosques or to any other place or worship in this State of Pakistan. You may belong to any religion or caste or creed — that has nothing to do with the business of the State.”

Echoing these words, the spokesperson of the rights organization said: “The state of Pakistan is an ideological state and not a welfare state as per the vision of Quaid-e-Azam. According to article 36 the state is responsible for the protection of rights of religious minority. However during the course of time, all governments have failed to ensure and protect the rights of religious minority.”

Hussaid said: “I think, constitutionally and legally they (minorities) have a right of freedom, but, in practice there are some social hurdles to raise their voice in general public.”

“The news related to religious minority is not given due air time or importance. They are neither given any follow-ups. The issues and problems related to religious minorities are hardly ever highlighted in the media. For example the burning of young boy Noman in Lahore as a result of Youhanabad incident” said the rights organization’s spokesperson.

“All I can say that minorities in the media cannot stay too long without being converted” added Alice.

Lubna is the head of content, social media at the Jang/Geo Group.

Photo Above: Sara Alfred was the first Christian news anchor and morning show host of Pakistan. She was forced to flee from Pakistan after repeated threats from the Taliban which culminated in the abduction of her daughter. Credit: European Organisation of Pakistani Minorities