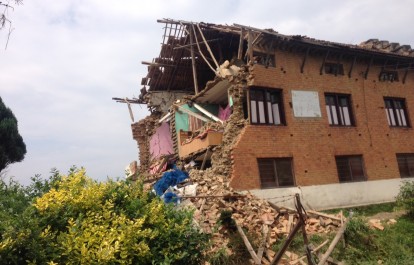 The members of the Nepal International Media Partnership (NIMP) would like to extend their deepest condolences to the people of Nepal for the tragedy they have suffered. We are aware, among other things, of the widespread suffering among journalists, more than 1,000 of whom have been directly affected by the earthquake, and of the fact that at least two journalists – Suman Bhomjon from Gorkhapatra daily in Kathmandu and Srijana Lama, a presenter with Planet Radio in Sindhupalchowk – lost their lives due to the earthquake. Our deepest sympathies go out to their families and friends. We are aware that many media outlets – radio, television and newspaper – were forced to cease their services temporarily, often resuming with makeshift operations.

At the same time, NIMP is inspired by the people of Nepal for their tremendous resilience in the face of the extreme hardship brought about by the earthquake. We are enormously impressed by the way in which they have worked to regain their lives and livelihoods. This extends to the media sector, which is an essential partner in wider humanitarian and rebuilding efforts. NIMP has keenly followed the concerted efforts of the Nepali media to rebuild and to address the extensive damage caused to media infrastructure, especially in the most affected districts.

NIMP particularly welcomes the strong coordination among international organisations involved in media development and support, as well as the work done to ensure that international efforts have been closely aligned with locally identified needs. As a result of early coordination efforts, many media outlets have been able to obtain the critical support they need to restart or continue operating in this difficult environment.

“We urge international and Nepali media development and support organisations to continue to ensure that their efforts to respond to the earthquake are undertaken in a collective and coordinated manner,” the mission said.

NIMP calls on both international and local media development and support groups to continue the process of consultation and collaboration that has already borne fruit and helped to ensure that their efforts are as effective as possible. We suggest, in particular, that local groups, including the NIMP partner Federation of Nepali Journalists (FNJ), do as thorough an assessment as possible of the losses and needs, which will make it easier both to motivate the provision of contributions and to ensure that the support which is provided effectively addresses real needs.

For its part, NIMP remains committed to continuing to provide support to the Nepali media sector to enable it to play a robust role in wider humanitarian and rebuilding efforts. The earthquake has identified a new dimension in terms of safety and security for the media, and NIMP will also seek to address this in its ongoing support efforts. NIMP will also continue, in due course and at the appropriate time, its longer-term efforts to promote a robust, diverse, independent and free media in Nepal.

NIMP – a coalition of organisations working on media safety, support, and development – has been engaged in Nepal for ten years, with the eighth and most recent mission taking place from 19 to 23 April 2015, just prior to the first of the series of earthquakes that have hit the country over the last two months.