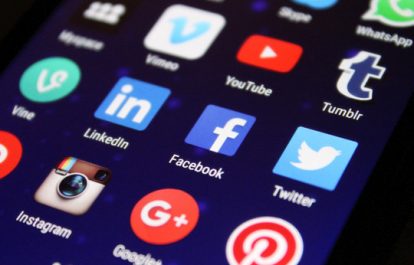 A new information technology bill currently under discussion in the Nepalese parliament threatens to undermine media freedom. The International Federation of Journalists (IFJ) and its affiliates, the Federation of Nepali Journalists (FNJ) and the Nepal Press Union (NPU) have strongly condemned the proposed new law and urged the parliament to amend it in order to guarantee Nepali citizens’ constitutional right to freedom of expression.

The controversial bill –  passed by the Development and Technology Committee of House of Representative (HoR) on 29 December – threatens freedom of speech online.

Among the concerns expressed by Nepali journalists organisations are that  it includes provisions to impose fines of up to Rs 1.5 million (over 10.000 €) or jail terms up to five years for posting content on social media that in the eyes of government may pose a threat to the “country’s sovereignty, security, unity or harmony”.

The bill also includes mandatory provisions for social media companies to be registered in Nepal. If not, the use of their services will be banned.

The bill replaces the existing Electronic Transaction Act (ETA) which had been widely misused to arrest and harass citizens over their social media posts.  According to the cybercrime cell at Nepal Police, 106 cases were filed in Kathmandu Valley in the last three years for “illegal” posts on social media. This apart, the bill provides for far tougher punishments for committing the same offense on the internet than in person.

The FNJ claims the bill is in contravention to citizens’ rights of freedom of expression enshrined in Nepal’s constitution.

FNJ said: “We would like to remind the Government of Nepal about its earlier agreement to hold consultations with FNJ and other stakeholders while the government introduces any bill related to media and freedom of expression. Therefore, we urge the government of Nepal to take the IT bill forward only after wider consultation with stakeholders and adhering to the spirit of freedom of expression”.

NPU said, “The bill gives plenty of space for the authorities to curb freedom of expression and media freedom. Therefore, it is not acceptable to NPU.  NPU calls on the Government of Nepal to correct the bill- provisions upon wider consultation with stakeholders”.

IFJ General Secretary, Anthony Bellanger, said: “This new IT bill is another example of governments trying to curb freedom of expression and silence critical voices in the name of online security. We call on the government to step back and start a wider consultation with stakeholders and unions to develop a new communications bill that respects and fully guarantees media freedom and freedom of expression”.