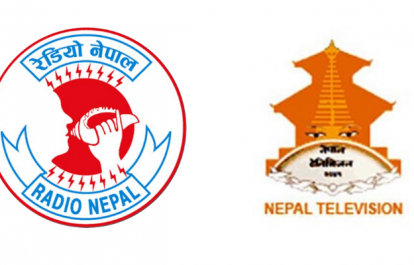 The Ministry of Communication and Information Technology tabled the Public Service Broadcasting Bill that would empower the government to exercise greater control over Radio Nepal and Nepal Television (NTV) in the National Assembly. The International Federation of Journalists (IFJ) and its affiliates the Federation of Nepali Journalists (FNJ) and the Nepal Press Union (NPU) urges the government to revise the bill in consultation with media stakeholders.

The bill tabled on July 10 in the Upper House of Nepal’s Federal government defies the government’s commitment to the editorial independence of Nepal Television and Radio Nepal. If approved, the bill extends parliament’s control allowing the Public Service Council; a body envisioned to be run by politicians to issue a direction to the broadcaster.

Stakeholders and experts have expressed dissatisfaction over the provision saying the present bill contradicts the National Mass Communication Policy 2016 that affirmed the government’s commitment to a “fair dignified, responsible and accountable” media.

FNJ general secretary Ramesh Bista said: “The present bill is against the spirit and principle of public service broadcast. FNJ strongly object the bill and asks the Government of Nepal to hold wider consultation and revise the bill accordingly.”

NPU general secretary Ajaya Babu Shiwakoti said: “With the tabling of the bill, Nepal government shows its interest to own and control the media, which is rarely seen in a democratic country.”

The IFJ said: “The Public Service Broadcasting Bill proposes to empower the government to exercise control over the content of Nepal Television and Radio Nepal. Not only does the bill undermine the democratic purpose of a public media broadcaster to inform the public without the interference of politics or capital, but the proposal will also allow politicians to have direct influence over the media narrative in Nepal through the two networks.”