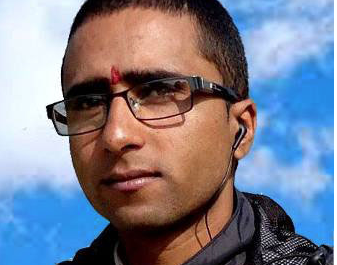 The International Federation of Journalists (IFJ) joins the Federation of Nepali Journalists (FNJ) in demanding an immediate investigation into the suspicious death of journalist Ram Prasad Bhattarai ‘Sachin’ in Itahari of Sunsari in eastern Nepal.

According to reports, Bhattarai went missing on March 25 while on a personal trip to Itahari. His badly beaten body was found later that night on the side of the Koshi Highway, with visible head injuries. His body was not identified until March 29. Bhattarai, was a 26-year-old assistant editor for the Baruwa Times in Udayapur district and also contributed to the Ujyaalopatra daily of Biratnagar and the Aaujar daily of Dharan.

The FNJ said: “The circumstances and body indicates towards a murder, thus the FNJ demands an immediate investigation for finding out the truth about the journalist’s death. We also urge the government to compensate the family.”

The IFJ and the FNJ express condolences for the family and colleagues of Bhattarai.

Jane Worthington, the Acting Director of the IFJ Asia Pacific, said: “We join FNJ is demanding an investigation into Bhattarai’s death and make a clear statement that these killings will not be tolerated. We send our condolences to the family, friends and colleagues of Bhattarai, as well as the wider Nepali media.”

The IFJ added: “It should be noted that impunity is high in Nepal on crimes against journalists leading to self-censorship in journalism. To ensure free and fair media, Nepal government needs to properly investigate and punish murders of journalists.”