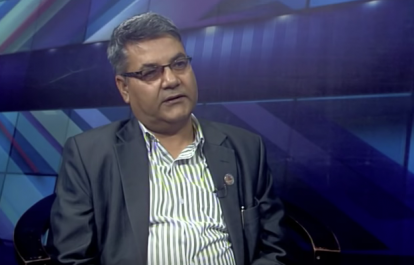 State-owned Nepal Television shut down a long-running talk show on June 12, allegedly on the direction of Minister for Communication and Information Technology Gokul Prasad Baskota after the host asked him critical questions regarding his property declaration.

The International Federation of Journalists (IFJ) joins the Federation of Nepali Journalists (FNJ) and the Nepal Press Union (NPU) in expressing concern over the incident and urges the authorities to resume the broadcasting of the talk show.

In the episode broadcast on June 9, host Raju Thapa asked Minister Baskota questions regarding his property declaration, especially about the dowry that he declared he had received. On June 12, the news chief of Nepal Television informed host Thapa that his 12-year-old program would not broadcast anymore.

FNJ General Secretary Ramesh Bista said: “The program was shut down on direction of the Minister for the critical questions regarding his property. The FNJ believes that shutting down a television program merely for asking questions is a direct interference on freedom of expression and violation of the international standard of press freedom. The FNJ condemns the incident and demands respect to press freedom by resuming the program immediately.”

NPU General Secretary Ajaya Babu Shiwakoti commented: “The incident indicates towards shrinking space for questioning and the direction from the minister, who is also a journalist, is outcome of an authoritarian intention. The NPU strongly condemns the incident and demands immediate restoration of the program.”

The IFJ said: “The IFJ expresses serious concerns over the intervention of Nepal’s minister on a talk-show of state-owned television. In a democracy, all citizens should have rights to ask the questions, and the people in authority are responsible to answer the citizens’ questions. The IFJ urges the Nepal government to restore the program and ensure that no journalist is punished for exercising their rights.”