Next steps in gender equity 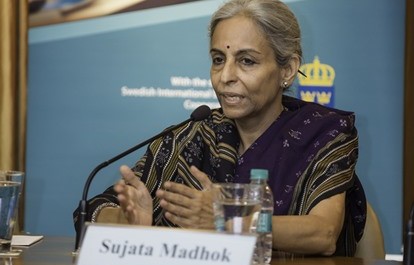 The woman editor of an English language daily was dismissive as she told a researcher, “The gender issue has now been transcended.” Her generation of Indian women journalists had broken the glass ceiling, she believes. When she hires staff she looks at their qualifications rather than their sex, since that no longer matters she says.

Statistics show otherwise. Women comprise less than 20% of media workers in their departments, according to half of those surveyed in seven Aspac countries during the IFJ survey. A quarter of those surveyed put the figure at 21-50%. Clearly women are still the second sex in the region’s media.

A wealth of such information has emerged in the regional survey, case studies and interviews that comprise the Gender and Media project. Many local or country-specific differences have cropped up but there are striking similarities across the region. Most obvious of course is the fact that women are in the minority, both as actors in media and as its subjects.

The question now is what next? Can these research findings lead to discussion and action? Will the media pick up the findings, turn them into stories, analyse them, and learn from them? Or simply ignore them as not newsworthy?

Can the journalists’ trade unions build campaigns around the findings and the issues they raise? For example, could they take up the issue of paid maternity leave and re-entry and insist that laws be observed? Could campaigns be built around sexual harassment at the workplace, with a focus on the demand for internal control mechanisms within companies? Should freelancers, given their substantial numbers in several of the countries surveyed, be organized as a separate, special group with specific needs and demands?

One thing that is quite clear is the crying need for greater unionization. Our research shows low levels of unionization in every country, with 44 percent saying they are not members of a union at their workplace and 20 percent saying no union existed. Some middle class journalists are opposed to trade unions, seeing them as tools of working class mobilization, not as agencies that work to empower all employees. Many journalists have bought totally into the free market ideology and view trade unions as disruptive bodies that hinder economic progress in their countries.

The decline of unions in traditionally unionized sectors has several causes, for instance technological and managerial changes in the newspaper industry which have rendered many blue collar press workers redundant.  Murdoch style profit maximization strategies have been increasingly adopted by a younger generation of newspaper owners, who are armed with MBAs from American universities and view the paper as just another product for sale.

Television tycoons are growing in number, attracted to the business by the glamour of the screen and the clout a channel may command. Often they are new entrants into the media business with no understanding of the social impact of the media and its role in fostering democracy. Many channels, especially news channels, are owned by politicians who use them to play out political rivalries, destroying media credibility in the process. Some are business channels assiduously lobbying for the interests of big business and stock market investors. Journalists are willy-nilly coopted into these processes. Television journalists require unionization to challenge some of these practices. Media research that objectively examines and critiques coverage can be a tool for such activism. Young women journalists in the glamorous TV industry are at greater risk of sexual harassment at work, given the unorganized nature of the business. Unions are needed to defend their rights.

Unions of journalists and other media workers have to muster the resources to organise with more vigour. They need to find the financial resources to do so. They also need to be more tech savvy, learn new campaign skills and use the social media to spread the word.