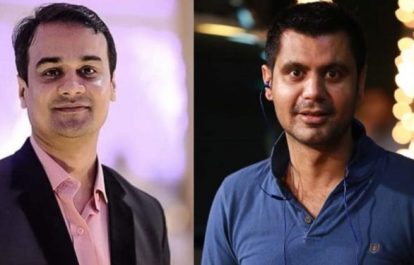 Nabeel Jakhura and Shabi Al Hassan, the president and assistant vice president of BOL Network respectively, were abducted in Karachi on October 8. The International Federation of Journalists (IFJ) and its affiliate the Pakistan Federal Union of Journalists (PFUJ) condemn the abduction and urge the government to locate the missing BOL officials and prosecute the perpetrators.

Nabeel Jakhura and Shabi Al Hassan from BOL network, a media conglomerate based in Karachi, were abducted while returning home from their office on October 8. Preliminary information suggests Jakhura left his office late and remained in contact with his family until he reached Hassan Square, but did not arrive home. The available CCTV footage allegedly hinted at their abduction, however, their locked vehicle, still containing all valuables, was recovered in another part of the city early next morning.

Jakhura’s father has filed a First Information Report (FIR) regarding the abduction at Aziz Bhatti police station. Police are currently investigating the case. Meanwhile, the Senate Standing Committee on Home Affairs, in reaction the severity of the situation, has demanded a case report from the Pakistan Home Ministry.

The PFUJ Secretary General Rana Muhammad Azeem said: “Media-persons have been killed or abducted continually, despite the PFUJ’s repeated call demanding security for journalists and media-persons. The PFUJ urges the government of Pakistan to take necessary actions and make efforts to recover the missing officials of BOL News immediately.”

The IFJ said: “The kidnapping of Nabeel Jakhura and Shabi Al Hassan is one of many recent violations against media personnel due to the nation’s state of impunity. The IFJ urges the Pakistan government to react appropriately to the seriousness of the abduction and bring the perpetrators to justice regardless of their political affiliations.”