Pakistan: 150 journalists sacked without cause at ARY and AAJ News 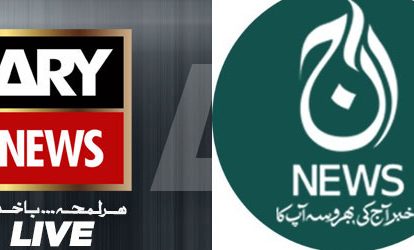 Pakistan news outlets ARY News and AAJ News have reportedly terminated the jobs of 150 journalists, justifying the mass lay-offs as part of a downsizing strategy. The International Federation of Journalists (IFJ) and its affiliate, the Pakistan Federal Union of Journalists (PFUJ), condemn the reprehensible treatment of the media workers and call for investigation into the unlawful terminations.

A similar downsizing was reported on August 29, with 70 journalists losing their jobs from  from Dunya News’ Lahore headquarters. According to the PFUJ, Dunya News has earmarked  200 journalists for job termination.

PFUJ said: “Certain media groups have already unlawfully terminated a number of journalists despite strong protests led by PFUJ. The government has given cold shoulder to this issue which only spurs other media houses to terminate their workers in the same way. This is a great failure of the Federal Information Ministry and the Federal Government.”

The IFJ stands in solidarity with the PFUJ and Pakistani media colleagues who are protesting the shocking downsizing of media in Pakistan.

The IFJ said: “The unlawful termination of journalist must be resolved immediately and action taken to allow journalists adequate representation by their unions and the relevant government ministries. This is desperately needed and required to ensure that journalists’ work and employment rights are respected and that adequate compensation is awarded. A secure job and wage security is essential for journalists to carry out their work.”